Animal action, coming soon to a theatre near you 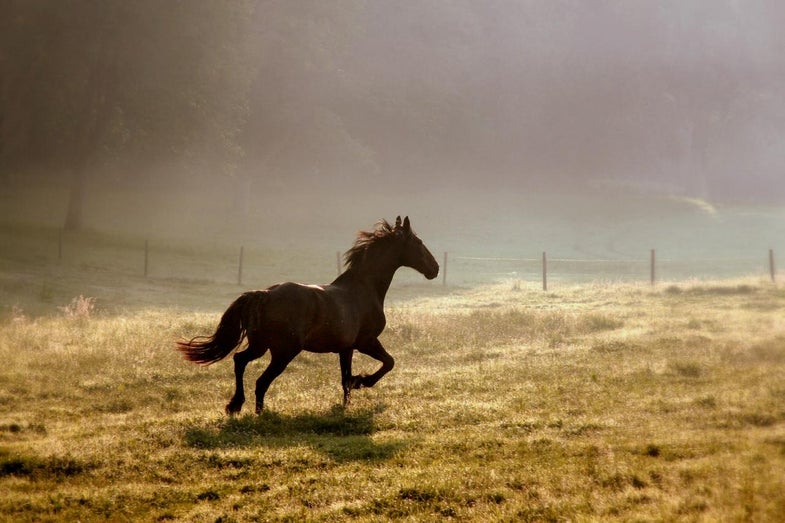 Motion capture is making science fiction and fantasy movies more believable than ever. Actors regularly transform into dragons and aliens, putting on skintight suits covered with tiny reference dots to capture even the smallest of movements, making their computer-generated screen personas all that more realistic.

But what about other, less fantastic creatures? When it comes to computer-generated animals, its rare to find dogs that act like dogs, or horses that realistically mimic horses onscreen.

Even the apes in Planet of The Apes were created with human actors. But a new trend hopes to change all that.

Instead of attaching reflective reference points to people, the dots are attached to animals like horses and cats, recording their movements faithfully with cameras set up around a studio.

“We thought, humans have been done a lot–but animals have not. It seemed like a very obvious thing to do,” Karl Abson, one of the researchers from Bradford University working on the project told BBC News.

Last year, the team demonstrated their ability to capture the motion of horses, attaching marker points to both a horse and a rider.

The new technique could help the motion-picture industry, of course, but also veterinary schools, who could use accurate, moving models to teach students about how animals move.