The Most Precise Grill Ever Made

Technology from satellite steering is coming to your kitchen 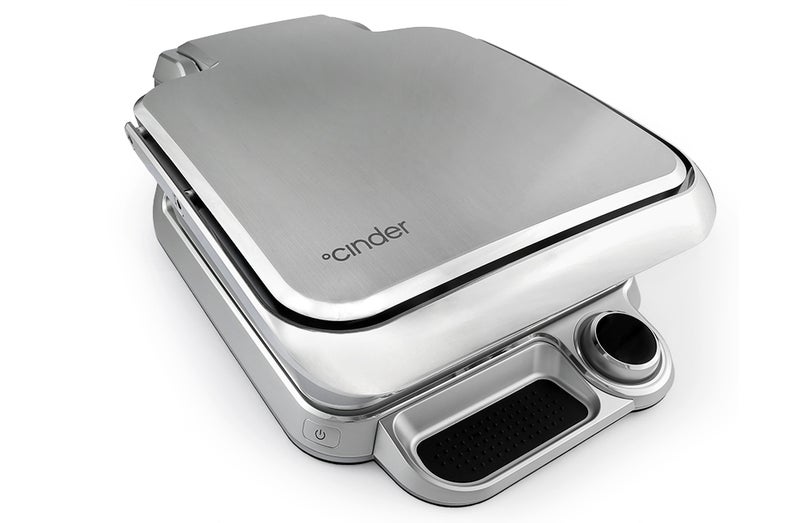 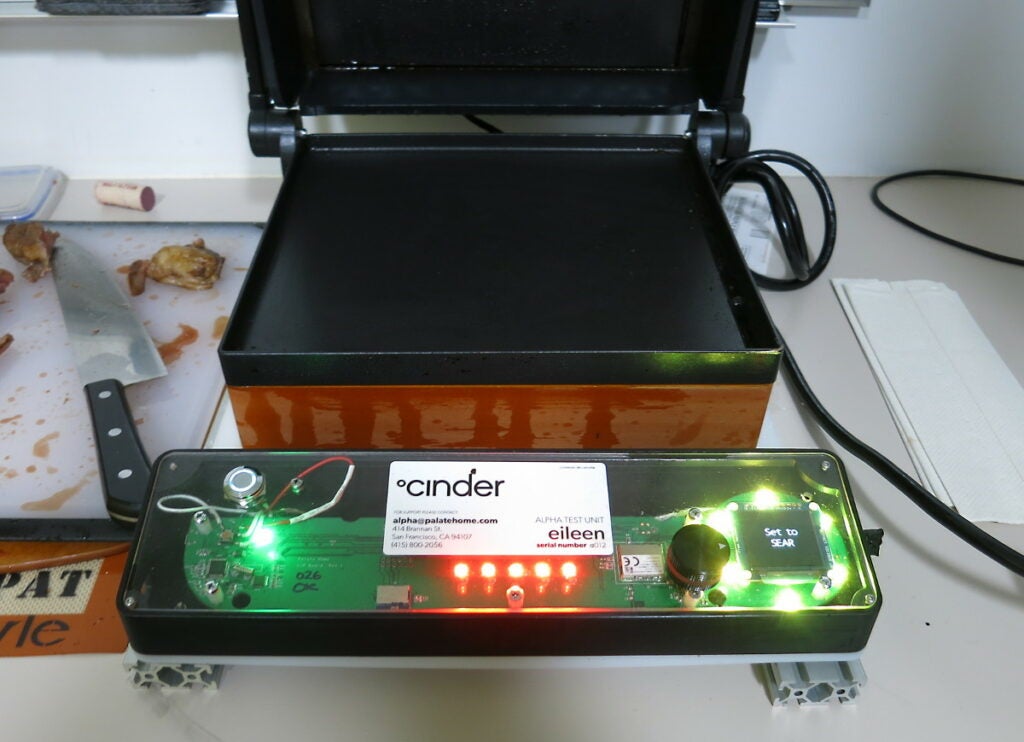 Engineer Eric Norman got a copy of Modernist Cuisine as a graduation present, and started playing around with techniques like sous vide cooking.

A few years later, here he is in a conference room at the PopSci office, demonstrating his culinary invention.

Like a sous vide cooker, it uses controlled temperature to cook food to a precise degree–if you like to eat a steak medium rare, with its interior cooked just to 130°F, you set the machine for 130°F. Since the cooker never exceeds the target temperature, the food can’t overshoot and overcook either.

Where sous vide cooking immerses wrapped food in a big water bath held at the target temp to do the job, these machines — Norman’s brought two working prototypes — work like a panini press or George Foreman Grill. A steak is sandwiched in between nonstick metal plates that heat it directly from above and below.

At the setting of 130 degrees, the meat cooks slowly and steadily to an even temperature throughout, and can stay in the machine for a couple of hours comfortably without overcooking. When you’re ready to eat, the machine does something a water bath can’t: hit the Sear setting, and the plates quickly heat to 550°F, flawlessly browning the top and bottom of the steak while the interior temperature never rises above medium rare (or whatever you set it to).

With a note of cocky startup irony, the grill that never overcooks is named the Cinder. 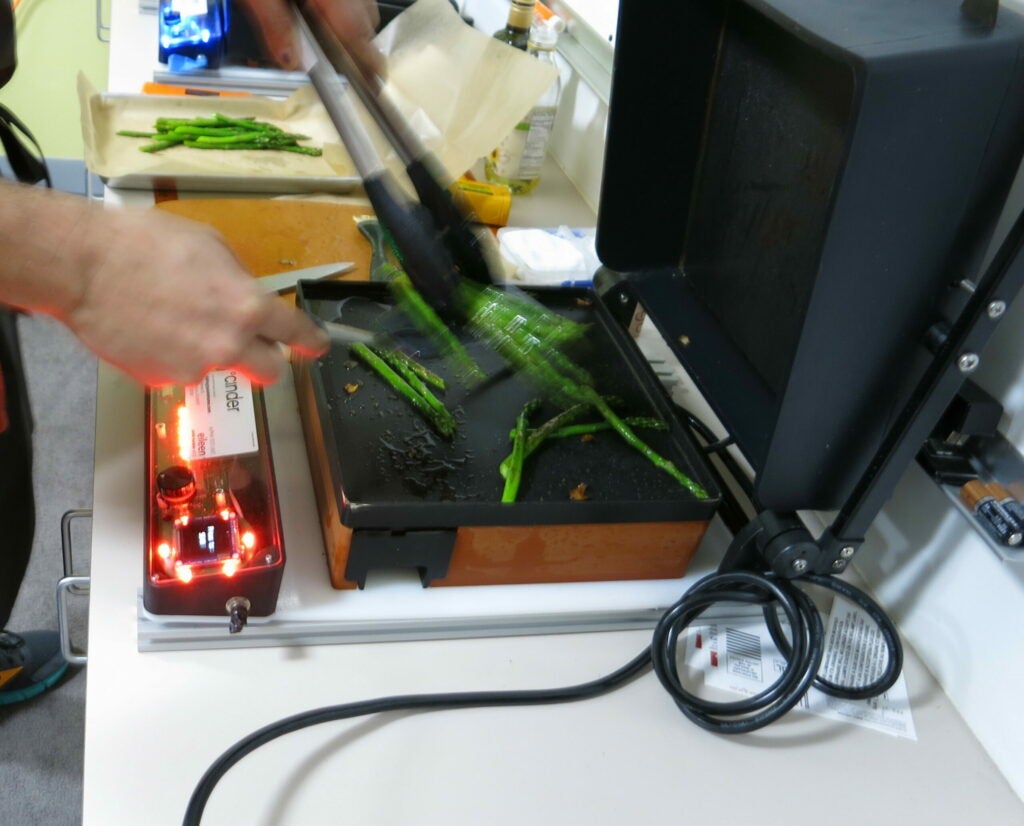 Under the hood, it’s an impressive engineering feat. Cooking in a water bath is pretty forgiving–the water is a substantial thermal mass that holds heat well and changes temperature slowly, so the heating element can waver in the vicinity of the target temperature and the food is still fine. A metal grill plate pressed directly against the meat is a different story. If the plate gets one degree too hot, immediately so does the food, which means the difference between perfectly cooked and overcooked.

Norman enlisted Jim Reich, who worked on algorithms for satellites’ orbital adjustment, ensuring that a thruster fire would nudge the satellite just to where it should go and no further. A similar algorithm governs the Cinder, which is calibrated to 0.25 degrees F, so that the set temperature is never exceeded.

Sensors inside the Cinder monitor the temperature of the food as well as its thickness, and software running on a connected iPad will contain preset programs for how, e.g., a strip steak of a certain thickness should conduct heat, so the heating elements in the plates can adjust themselves on the fly.

How might it change the home cook’s daily tasks? The Cinder’s ability to hold hot food till it’s ready to serve, with no risk of overwarming, can turn a multi-step cooking process that requires one’s full attention into a hands-off press-of-a-button affair.