The Rosetta spacecraft managed to snag a picture before making history 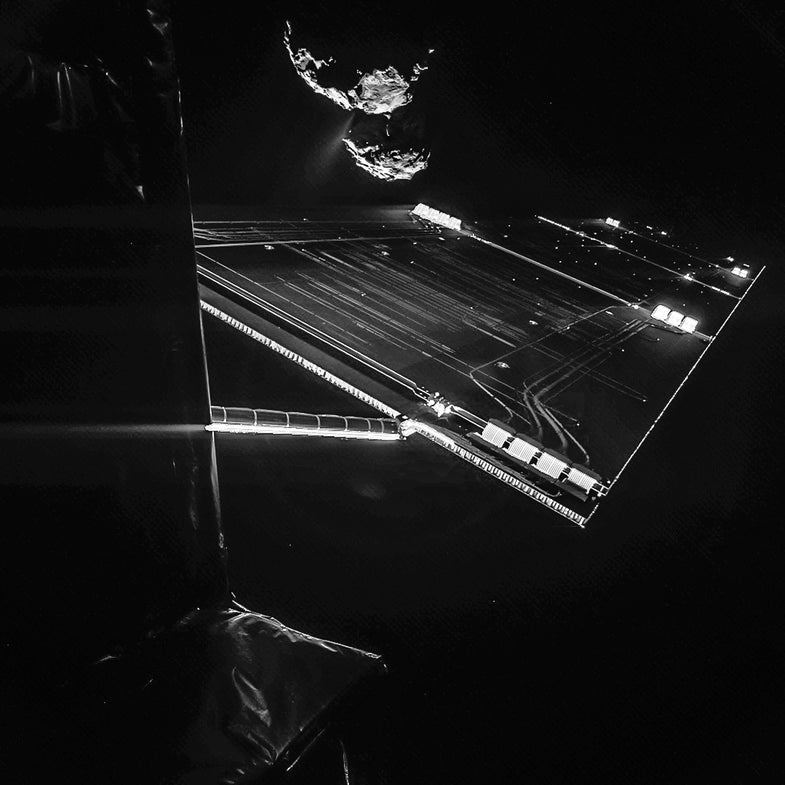 A month after snapping this selfie with comet 67P/Churyumov-Gerasimenko, the Rosetta spacecraft achieved a historic first: Its Philae lander touched down on the comet’s surface. Philae confirmed the presence of organic molecules—possible building blocks of life—before its sun-starved batteries died. Rosetta will continue to orbit 67P as it hurtles toward our home star, providing an unprecedented look into comet anatomy as dust and frozen gas heat up, escape the nucleus, and stream into space.