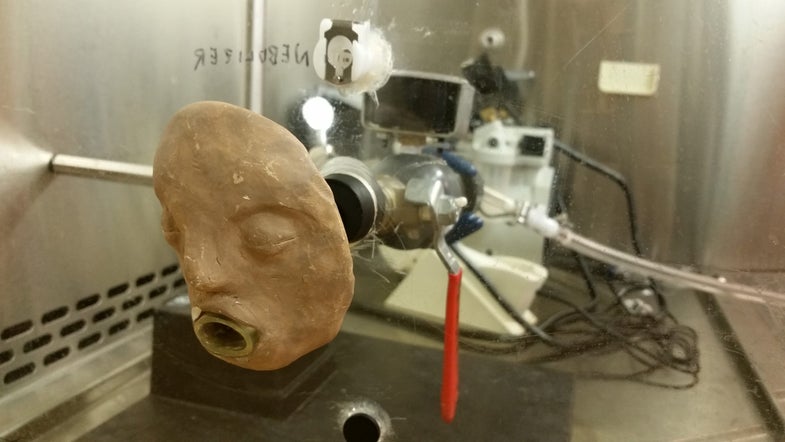 Although Ebola isn’t making many headlines, infections persist in West Africa. Last week, there were three new cases in Guinea. Now, health experts are also starting to see some of the symptoms that linger in those who survived. Read more at Quartz.

Scientists may have a new way to track outbreaks around the world: by looking at airplane poop. Read this great Wired piece by Sarah Zhang for more. Related: Scientists made a vomiting robot to understand how diseases like norovirus spread.

The U.S. has seen an unusual number of cases of plague this year—at least 11 since April. Those cases have included a kid camping in Yosemite, an adult in Pueblo County, Colorado, and a teen in Georgia, who may be the state’s first plague patient in history.

And Mosaic has a fantastic piece by Carrie Arnold exploring how Chagas disease may be creeping into Texas.

A new Ebola vaccine is proving highly effective, and it may change how we do clinical trials. Here’s hoping.

New research suggests that we may be closer to a universal flu shot—in mice, anyway. Read on at New Scientist.

A new study suggests that doing away with lax vaccine exemption laws may encourage more people to vaccinate. Read more at Quartz.

And this neat Smithsonian piece tells the story of the smallpox peace gun (yes, peace gun).

The patents on Monsanto’s Roundup Reading soybeans may have expired earlier this month, but that doesn’t mean generic GMOs will hurt the company’s bottom line, argues Sophia Chen at Wired.

Speaking of GMOs, Ted Genoways has an epic piece about Chinese spies stealing American intellectual property, and how that feeds into the global fight for the control of agriculture. Read on at the New Republic.

Despite efforts to curb outbreaks on spinach farms, a new study suggests that both salmonella and E. coli have increased over the past 9 years. Read more at io9.

And check out the bizarre tale at the New Yorker of the former president of the Peanut Corporation of America, who is facing life in prison for hiding evidence of a salmonella outbreak that made 20,000 people sick and killed 9.

This Harper’s piece is a fascinating look at invasive species control—and the definition of invasive, for that matter—that takes an odd turn into glyphosate and GMOs.

And ignore everything you thought you knew about the invasive kudzu in the American South and read this great history at Smithsonian.

Researchers may have discovered a new option for mosquito repellent that smells way better than DEET: sweetgrass. But it’ll be a while before you see it on store shelves. Read more at BBC.

Melinda Wenner Moyer has a great piece at Nature that has pretty much everything you want to know about ticks.

And a cache of lice combs—lice included!—thought to be between 240 and 800 years old was discovered in northern Chile. Read more at Scientific American. And maybe we’ll need them. Judy Stone at Forbes explains how lice are growing increasingly resistant to insecticide treatments.