The Month In Plagues: Sexually-Transmitted Zika, New Lyme Disease Cause, And More 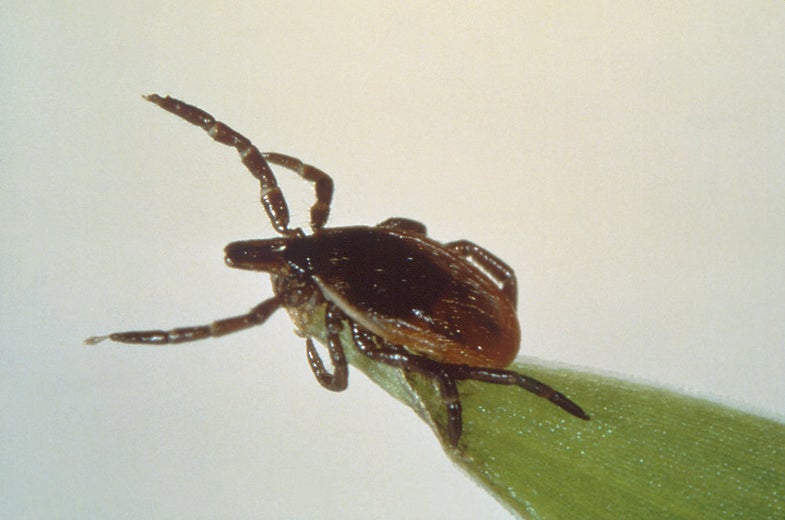 The first case of Zika virus transmitted in the U.S. was confirmed earlier this month, and it was transmitted through sexual contact. Last week, the Centers for Disease Control and Prevention announced confirmation on 9 new sexually-transmitted cases, as well as an investigation into 10 more. There’s still a lot we don’t know about the virus, including whether or not it causes birth defects.

Meanwhile, some Ebola survivors are struggling with neurological problems.

And new research suggests that a previously unknown bacterium may cause Lyme disease, in addition to the bacterium we already knew causes the illness. Read more from Melinda Wenner Moyer at Scientific American.

Stephen Hall has a great longread at Scientific American about how gene-editing tools—particularly the much-hyped CRISPR-Cas—may be used in agriculture (paywall).

And here’s a good piece on how complicated the GMO food fight can get—particularly in Boulder, Colorado. It’s by Luke Runyon for Harvest Public Media.

The Zika outbreak led to a series of think pieces on whether or not we should eradicate mosquitoes once and for all. Daniel Engber argued for total obliteration at Slate. Melissa Cronin explained why that’s not such a great idea at Motherboard.

And two teams of scientists sequenced the bed bug genome, which may eventually (as in, probably not any time soon—sorry) help point to new ways to kill the pest. For more, read my piece at The Verge.