Mission to the North Pole

In anticipation of opened oil wells beneath the melting arctic, an ownership-mapping mission makes its way across the seabed 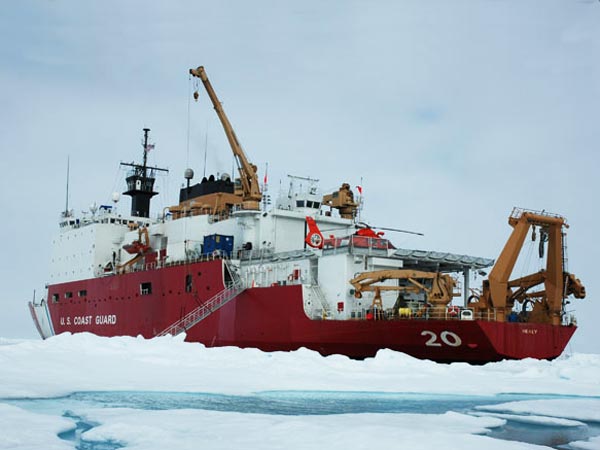 Ever since Russia planted a flag under the North Pole last year, the issue of sovereign rights under an increasingly slushy arctic has tensed. In a race to claim ownership of some of the arctic seabed, a two-ship caravan of Canadian and U.S. scientists is sailing around the Arctic Ocean right now. Their mission, which will last from September 6th to October 1st, is to measure the seabed and the continental margins in an attempt to solidify our possible rights over the far north—an area that will become accessible to oil drilling and mining as the earth warms and arctic ice melts.

PopSci reported a few months ago on a map from Durham University researchers, showing the complicated web of conflicting arctic claims. At least six nations could own part of the arctic. Under the United Nations Convention on the Law of the Sea (what a mouthful), nations own the rights 200 meters out from the edge of their continental shelf—not the exposed coast, but the undersea lip of the continent. Unfortunately, there is no geophysical consensus on where those shelf edges are, hence this joint voyage.

The U.S. ship, the U.S. Coast Guard cutter Healy will use a multi-beam echo sounder to map the sea floor, sending out sound pulses, which return at different times depending on the depth. The Canadian ship, the_ Louis S. St. Laurent_ will follow doing complementary measurements of the sub-sea floor. The hope is that the whole of the arctic does not in fact belong to Russia, and that we, or Canada might own a piece of the pie as well. Go team.

Worth a Look: Jessica Roberston, a USGS PR rep onboard the Healy is keeping a log of the mission with notes and photos, along with an updated map of the ship’s location at usgs.gov/journals/arctic