The Cost of Gases 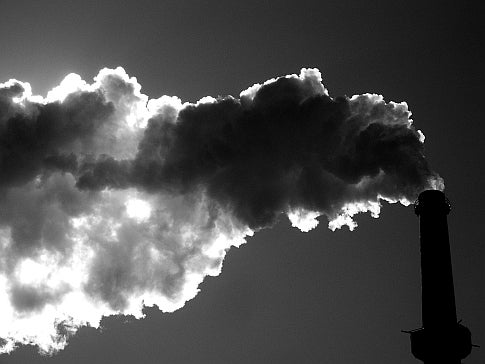 Plans for cap-and-trade, carbon taxes, and other financial tools to curb global warming may float in and out of the national forum. But on a more local level, a price has already been placed on greenhouse gas emissions; it’s $3.07 per ton.

The Regional Greenhouse Gas Initiative – a group formed by ten eastern states – announced today the results of the first CO2 emissions auction in the United States. They made over $38 billion dollars, selling all of the 12-and-a-half million allowances that were put up for bidding on September 25, with the price of each one-ton allowance working out to about three dollars.

The target buyers were, of course, power producers. But according to the RGGI, the financial and environmental sector also took part in the auction. The initiative has put a cap on emissions per year at 188 million tons, which is actually more than the recorded emissions for last year, so the pressure on emitters isn’t very high. The goal is to lower the cap by 10 percent in increments from 2015 to 2018, to a point where the initiative will actually be reducing emissions, instead of just taxing them. The pace will hopefully be slow enough that the energy sector can adapt to the new restrictions without sharply increasing energy prices for consumers.

Only six of the ten RGGI states – Connecticut, Maine, Maryland, Massachusetts, Rhode Island and Vermont –participated in this first auction; the proceeds will be divided between them to be used to promote energy efficiency and emissions reduction, and to protect consumers. The next auction will be in December, and then quarterly thereafter.