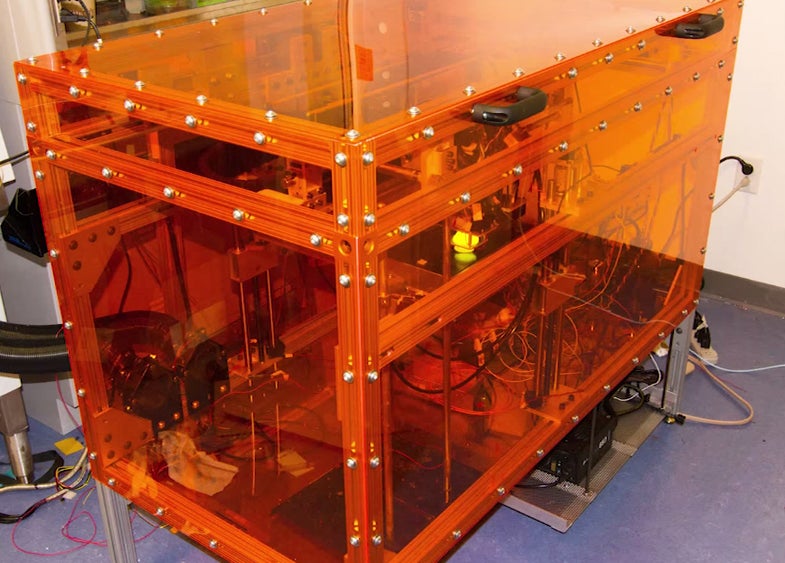 Right now, the typical 3D printer is a tool for making plastic objects. Assembling them in layers according to a pre-programmed plan, the printers can quickly make weirdly shaped parts, but they’re often limited to working with just one material at a time. Additive manufacturing, as 3D printing is also known, offers so much more. A new printer, created by MIT’s Computer Science and Artificial Intelligence Laboratory (CSAIL), can print up to 10 materials into a single object —and incorporate other, finished parts directly into the design— all at a fraction of the cost of complex industrial 3D printers

Their new printer, known as the MultiFab, is a system of systems. A central computer runs the printing program, but as it does so it receives feedback from 3D scanners and machine vision, which map the object as it’s being made, allowing the computer to adjust the printing process and materials accordingly. Here’s how MultiFab sees a circuit:

Another thing the scanning does it let the printer add in already-made objects and then print onto and around them, like this blade holder that incorporates a pre-made razor blade:

MultiFab was built from off-the-shelf parts with a total cost of about $7,000. That’s more expensive than hobbyist models but a fraction of the cost of some high-end industrial 3D printers.