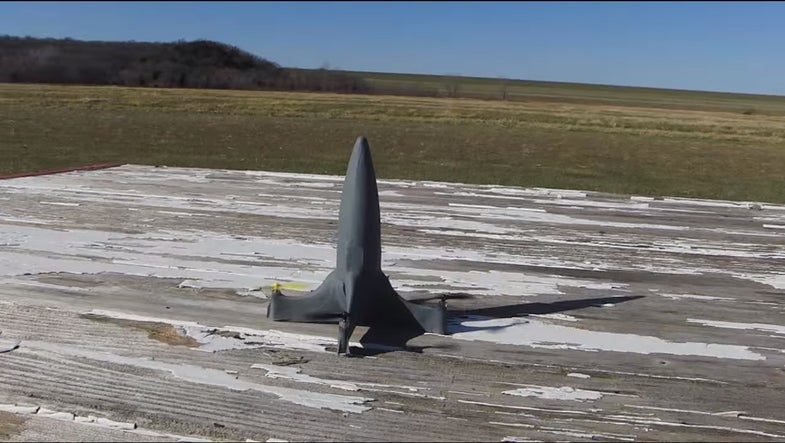 Drones are free from many of the constraints of traditional aircrafts. Small and without people on board, new designs, which would be impossible at scale or horrible to passengers, are fair game for the tiny flying robots. While many drones bear a passing resemblance to planes or helicopters, the QuadRKT is free of such humdrum notions. The engineers behind the drone have turned a conventional quadcopter on its head and have launched a fundraising campaign to challenge the future of aerospace.

QuadRKT’s kickstarter campaign is for a larger version, which takes off vertically and then flies like a propeller-driven missile though the air. The campaign’s “Convertible Missile” tagline is, uh, evocative. And it may not the greatest name for calming any possible fears about fast-flying, remote-controlled, rocket-shaped machines.

The team also makes a smaller version, available for sale now regardless of how the crowdfunding campaign goes. It’s available in a range of colors and patterns, including “V-2,” after the infamous German ballistic missile used towards the end of World War II.

Regardless of paint scheme, the design is clever, and certainly looks fun to fly. While built for speed, it seems like it handles fine at lower speeds, too. Watch it float around calmly below: