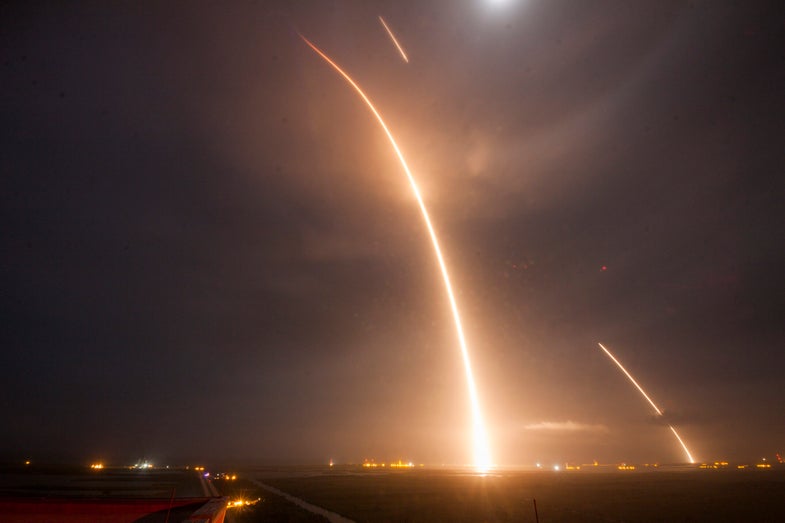 The path of the launch (the bright line in the foreground) re-entry (top middle), and landing (background) are all seen in this long-exposure photograph. SpaceX Photos
SHARE

So, this happened last night:

Last night, SpaceX stuck its landing, setting down the first stage of their Falcon 9 rocket after it launched satellites into space.

The move means that it may now be possible to re-use rockets that can transport cargo into orbit. But this particular rocket isn’t slated to return to flight. The Verge reports that Elon Musk doesn’t want this rocket to fly again because it’s the first they’ve brought back, and is therefore unique. It will be test-fired on the ground, just to see if it could have been reused, then presumably retire to a farm upstate where it can frolic in the meadows. Other rockets that come later will actually be reused across multiple launches (which is kind of the point of re-usable rockets).

Or, if you want to watch the full, choreographed SpaceX webcast, complete with launch, landing, and screaming fans doing their best Today Show impression, watch that version below. 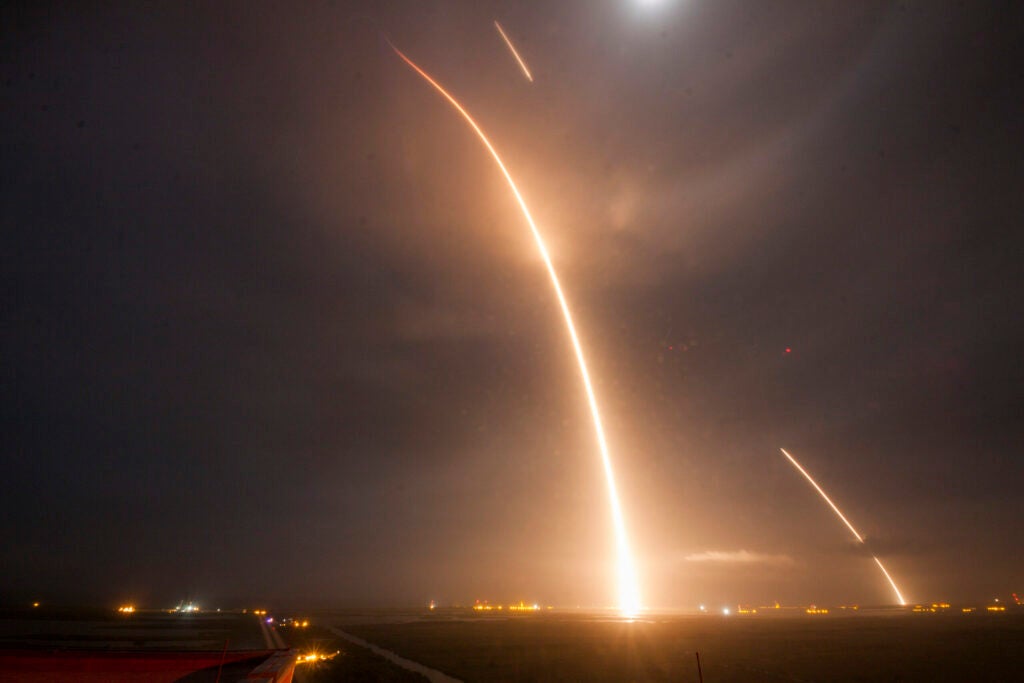 The path of the launch (the bright line in the foreground) re-entry (top middle), and landing (background) are all seen in this long-exposure photograph. 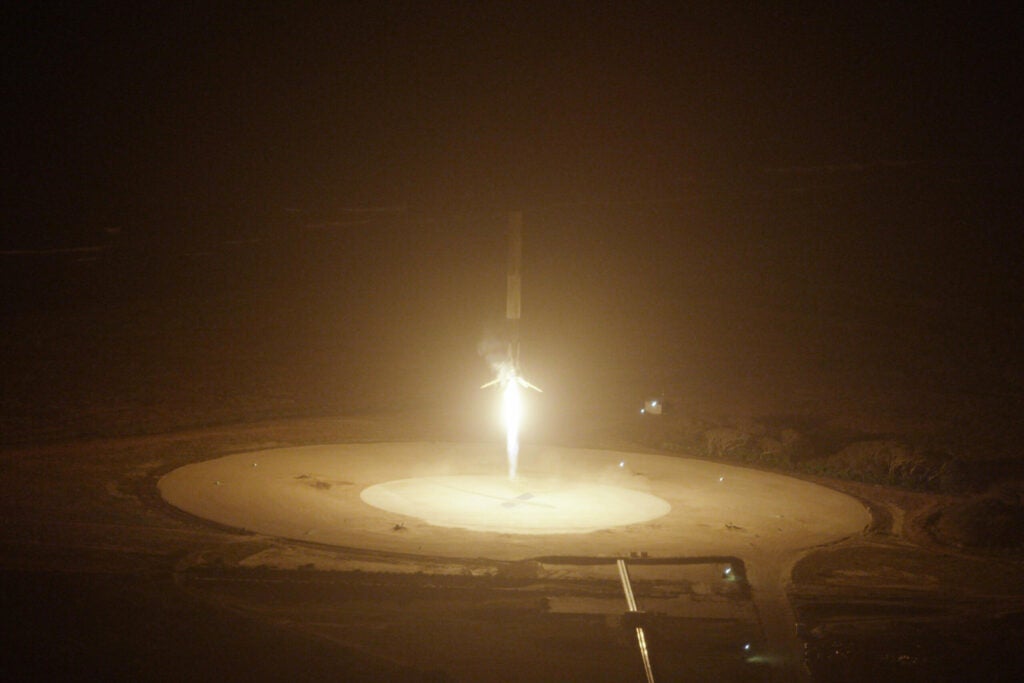 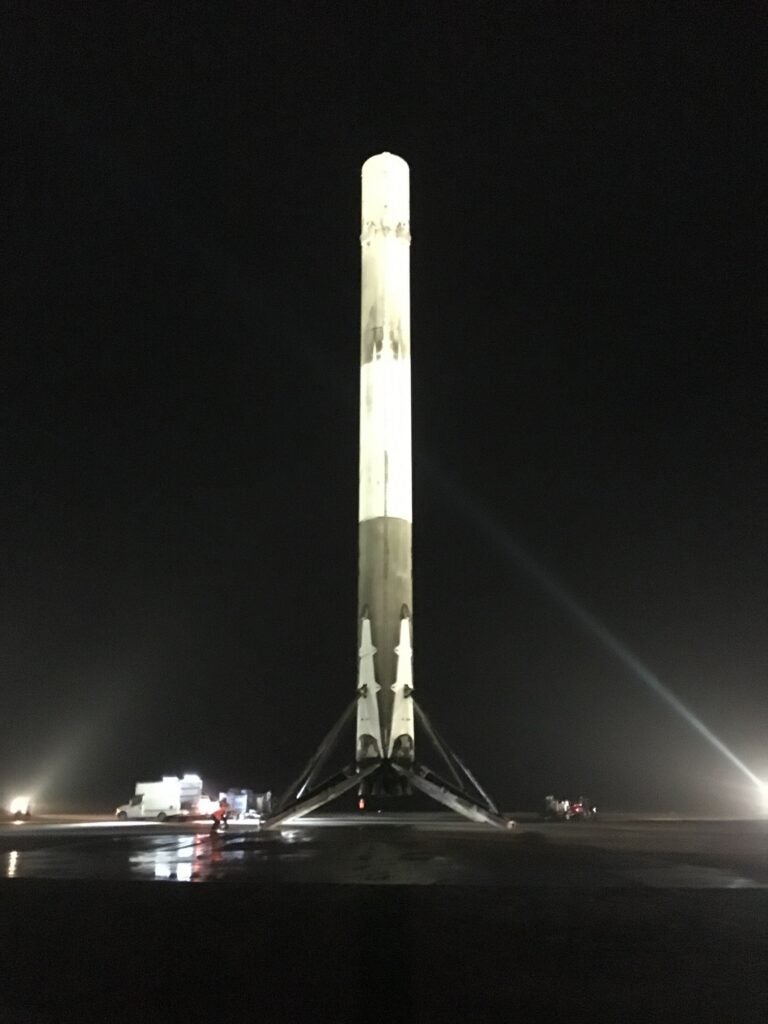 The Falcon has landed! 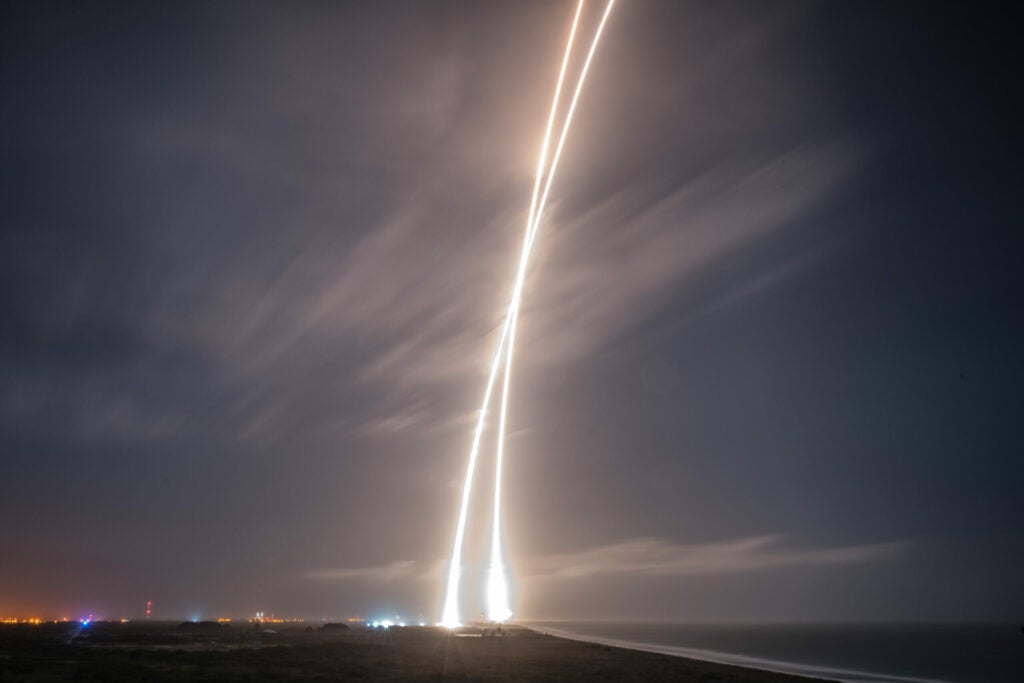 Another view of the launch and landing.
Space
rockets