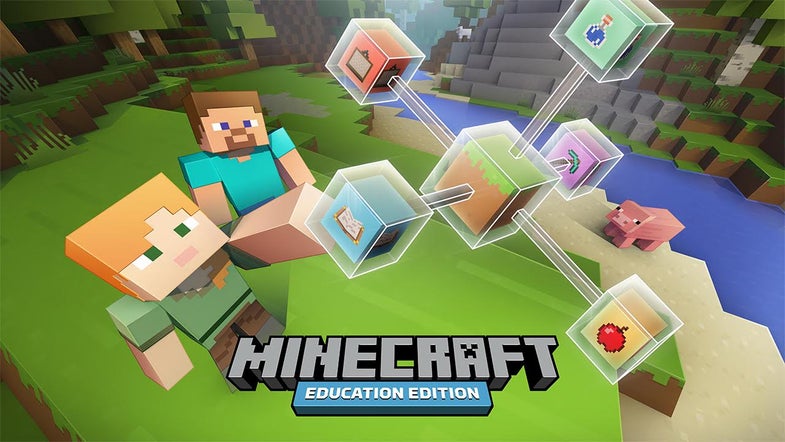 The platform, which was announced earlier this year, is a re-engineered version of the extremely popular open world, block-building game.

What does that mean? Well, the Education Edition will have fewer enemies, for starters—and probably less sword fighting.

But it also means new tools, both for players and designers. Mojang, the Microsoft-owned studio that makes Minecraft, mentioned a new in-game camera, ostensibly meant for documenting progress or activities as you play.

Teachers will also have NPCs (non-player characters) that they can program to do various things, like guide or monitor student players in game. That means, for instance, that an electrical engineering teacher can put the rules for an assignment in play, before having a student hardwire a power grid for a city.

Mojang looks forward to seeing this develop as a learning platform. We also look forward to seeing what teachers and students alike manage to do with it, especially since Minecraft is already beloved by younger generations, and previously been adapted by some educators for their classrooms.

And at the least, this should make computer class way more fun than it already is.