The Navy will no longer throw money at its supergun experiment

A peek at the 2022 budget request shows that the 15-year EMRG project is sunsetting. 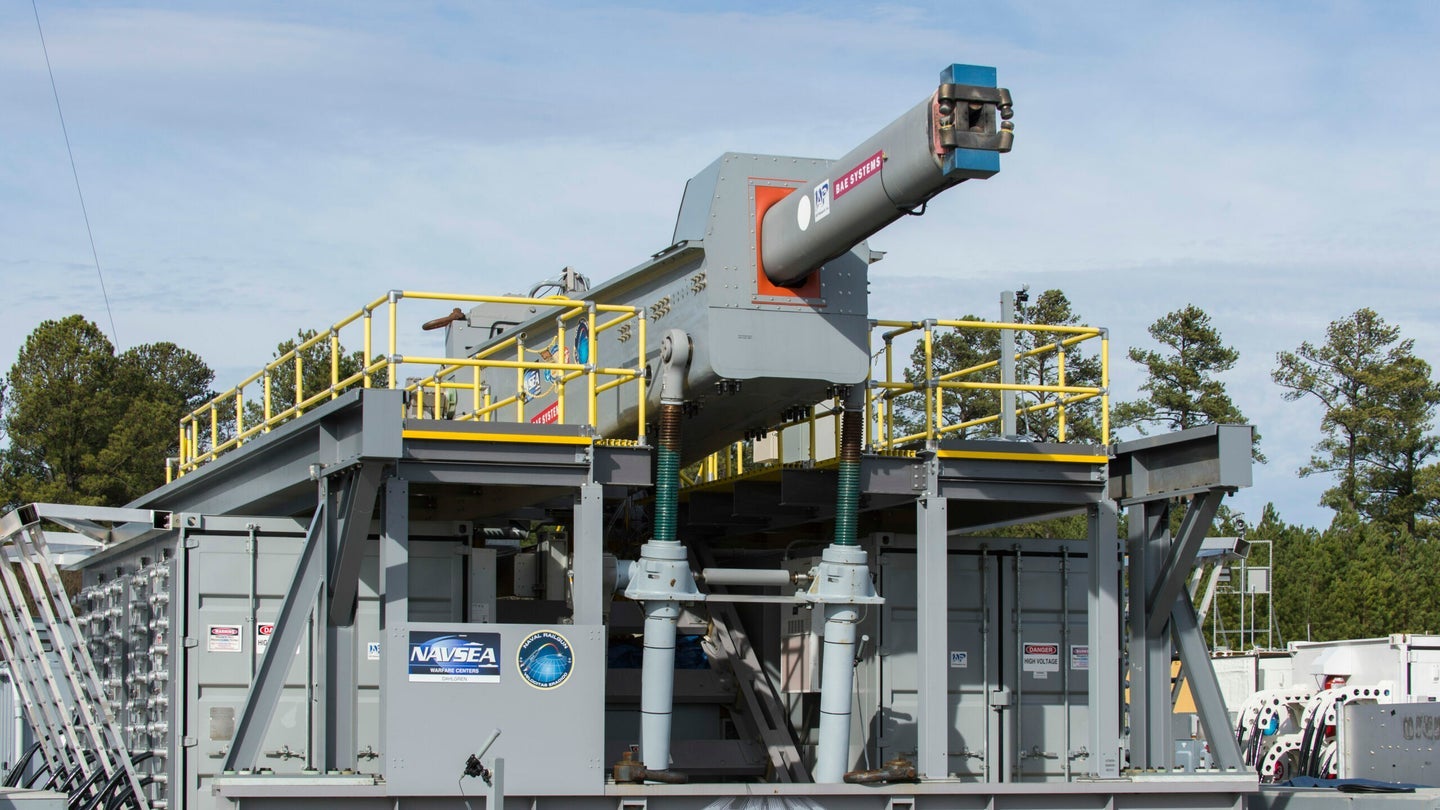 After more than 15 years and half a billion dollars in funding, the Navy’s dream of building an electromagnetic railgun capable of nailing targets up to 100 nautical miles away at velocities reaching Mach 7 has no hope of becoming a reality anytime soon.

The Navy announced on Friday that the service has “decided to pause” research and development of the much-hyped electromagnetic railgun (or EMRG) at the end of 2021 in light of “fiscal constraints, combat system integration challenges, and the prospective technology maturation of other weapon concepts,” according to a statement provided to Military.com.

“The decision to pause the EMRG program is consistent with department-wide reform initiatives to free up resources in support of other Navy priorities [and] to include improving offensive and defensive capabilities such as directed energy, hypersonic missiles and electronic warfare systems,” according to the Navy.

The death of the EMRG was all but certain as of early June, when the Navy’s fiscal year 2022 budget request revealed that the service had zeroed out two separate line items related to the superweapon’s research and development funding, as our colleagues at The War Zone reported at the time.

Despite a successful test of railgun for the public in 2017 at Naval Surface Warfare Center Dahlgren Division, insiders previously told Task & Purpose that the Navy’s supergun was clearly headed for an R&D “valley of death” between testing and procurement, wherein promising technology remains stuck in the research phase due to lack of resources or some other developmental challenge.

In the case of the EMRG, those developmental challenges included the stalled development of a universal common mount, a component critical to actually demonstrating the tactical feasibility of the supergun on a Navy warship beyond the static 2017 test firing of the weapon at Dahlgren.

Both the technical and budget shortfalls, however, come during a period of waning interest in its potential application. As Task & Purpose previously reported, the Defense Department has in recent years shifted its attention to the so-called hypervelocity projectile (HVP), a super-dense shell that has seen cheaper and less technically complex applications to conventional powder artillery compared to usage as the primary ammunition for the EMRG.

“The Navy feels it can get away with using the HVP in a conventional gun system, and the service can use conventional guns for lower-end threats and always return to missiles for higher-end threats,” as one source told Task & Purpose. “The service will only complete the integration when the need for the greater capability for a broader range of threats is required.”

Less than a year after declaring the Navy “fully invested” in the service’s much-hyped electromagnetic railgun, in February 2019 Adm. John Richardson, then the Chief of Naval Operations, telegraphed buyer’s remorse over the weapon’s troubled development, declaring the project “the case study that would say, ‘This is how innovation maybe shouldn’t happen.’”

“We’ve learned a lot and the engineering of building something like that that can handle that much electromagnetic energy and not just explode is challenging,” Richardson told an audience at the Atlantic Council at the time. “So, we’re going to continue after this—we’re going to install this thing, we’re going to continue to develop it, test it … It’s too great a weapon system, so it’s going somewhere, hopefully.”

Unfortunately for Richardson and other Navy leaders, the only place that the service’s EMRG is headed is into deep storage. And while that doesn’t mean the research will never see the light of day again, it does mean that the US has officially lost the railgun wars: after all, one of China’s Type 072III-class landing ships was spotted roaming the high seas with its very own railgun turret as recently as December 2018.