A hunter looks for someone who actually wants to be found 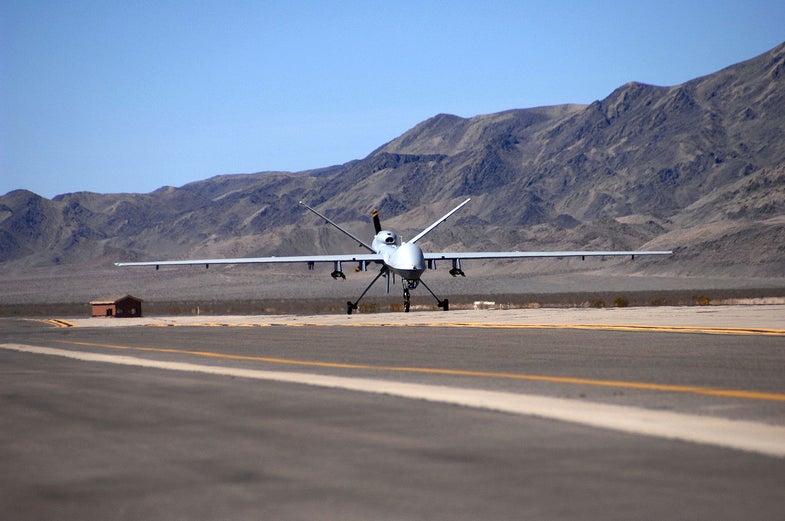 For over a decade, drones have hunted men abroad. Overseas, Predators and Reapers have flown over war zones, their powerful cameras below looking for threats. Back home, the Air National Guard deployed a Reaper for a far more humanitarian manhunt: a search to find a lost teacher.

While the teacher has not yet been found, the Reaper brings powerful tools to the search. Reapers can fly for hours, and the camera pod underneath it can capture both normal light and infrared, which is especially valuable when looking for warm body in a giant forest. Edward Cavanaugh, the 46-year-old high school teacher from San Francisco, hasn’t been seen since July 17th. The Reaper scanned part of El Dorado National Forest, which covers over 930 square miles in Eastern California, near Lake Tahoe. That’s a huge area to search, but the full-size drones flown by the military are designed to look for people in just those circumstances.

The search for Cavanaugh isn’t the first time local police efforts have sought the help of a drone on loan. In 2011, a North Dakota sheriff’s office borrowed a drone from Customs and Border Protection during a confrontation over cattle. The drone’s infrared camera and long flight time allowed the police on the ground to know when the armed men guarding the stolen cows had gone to sleep, so they could move in and make arrests without any shots fired.

As the military phases out its MQ-1 Predators and older model Reapers, they may make their transition into other roles and other agencies back home. They are very good at finding people, so it’s nice to see that used for people who most likely want to be found.