Is the US Out of the ISS? 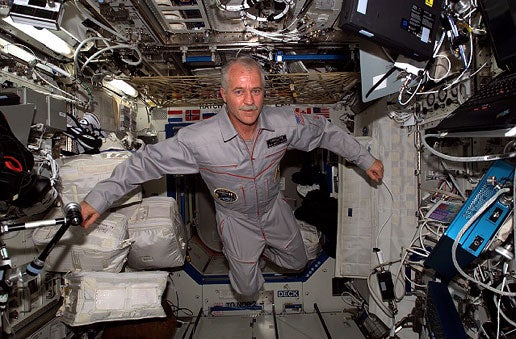 The International Space Station maybe not be international for much longer. According to an NASA email leaked (by an undetermined source) to the Orlando Sentinel, the retirement of the Space Shuttle in 2010 will cede de facto control of the ISS to Russia. That control will come just as NASA finishes assembling the ISS in 2011.

The email, written by NASA Administrator Mike Griffin, notes that retiring the space shuttle before NASA deploys a replacement leaves Russia as the only country in the world able to ferry man and material back and forth from the ISS. With the replacement for the shuttle slated for “no later than 2014,” that leaves the operation of the ISS dependent on Russian good will for four years. And good will is something that Russia doesn’t seem to be throwing around a lot of these days.

Griffin has spent the last few days appearing on various news outlets from CBS News to Florida Today, all the while painting a rather bleak picture of future American involvement with the ISS. NASA’s missions with its Russian counterpart hinge on Congress exempting NASA from the Iran, North Korea, Syria Non-Proliferation Act that regulates advanced technology exchange between the US and Russia. The Russian Soyuz capsules used to service the ISS fall under that treaty, and NASA needs to custom order the capsules for their missions. The order for the next mission needs to be completed by early 2009, and with the recent conflict in Georgia souring relations between Russia and the US, Griffin believes that it is unlikely the exemption would be approved in time to order the capsule.

Additionally, Griffin posits that the next administration might extend the life of the shuttle, but seeing as that might come at the cost of developing its replacement, it may merely push the period of Russian control into the future without shortening it. What Russia is going to do with the ISS is anyone’s guess. I, for one, can think of a certain super villain president, fresh off a tiger-tranquillizing binge, who might need a space station to replace his secret volcano lair.