Spying From On High 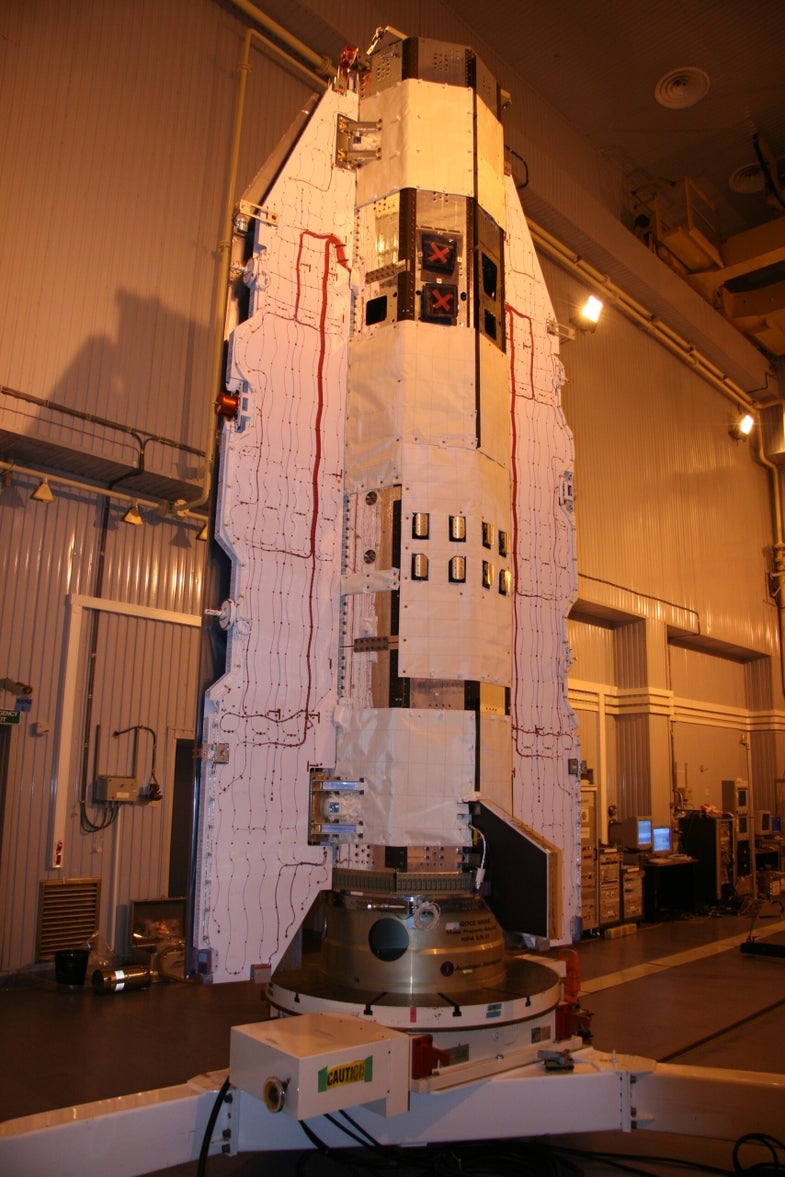 Pick up your dirty laundry; the European Space Agency is planning to launch most sophisticated explorer satellite in history and it’s looking at you. Okay, not exactly. But the launching GOCE (Gravity field and steady-state Ocean Circulation Explorer) will be looking at the Earth more closely than any technology has previously. On Wednesday, September 10th the European Space Agency is launching the sat from an aeronautics station in northern Russia. GOCE will piggyback on a Russian rocket and be released 160 miles from Earth, a relatively low altitude when it comes to space exploration, but nevertheless impressive considering the spacecraft weighs one ton. Once released from the rocket launcher, GOCE—which looks like a five-meter long white Lego piece, flat on either side with a capsule running the length of the middle—will synchronize itself in orbit with the sun and get to work.

The reference shape of our planet, called the geoid, is what this satellite is setting out to map in more detail than ever before. The geoid is a mathematical figure of the Earth based not on the shape of Earth’s crust but on a “perfect” surface that can only be calculated through gravitational measurements. Sea level, for example, if undisturbed by wind, currents, etc., would exhibit a surface equal to the geoid.

The satellite will also be recording gravitational anomalies to produce maps that show where the Earth’s surface differs from the geoid and by how much. Mountain ranges and ocean trenches, for instance, can produce the most drastic gravitational anomalies. Compositely, mapping the geoid and anomalies gives scientists an improved understanding of the Earth’s overall structure. Additionally, the project ties into studies of climate change, the hot topic of the day (no pun intended), by providing better reference for ocean and climate studies, particularly in regards to changes in sea level, study of the ice caps, and oceanic circulation. GOCE is sure to have an impressive resume when through: along with creating the Earth’s greatest map, its findings are expected to contribute to the fields of climatology, oceanography, and geophysics as well.

Much like with Michael Phelp’s sharkskin suit, GOCE’s creators developed an aerodynamic shape for their satellite in order to eliminate the atmospheric drag that would be aggravated in such low altitude mission. At this distance, traces of the Earth’s atmosphere linger in space, and GOCE had to be designed to ignore those remnants while collecting high-accuracy gravitational data.

The inaugural mission of ESA’s Earth Explorers program, GOCE is the first of six scheduled within the next two years. All are focused on studying the Earth’s atmosphere, biosphere, hydrosphere, cryosphere, and interior. In a way, the satellites will be looking at us after all, as they explore the impact of human activities on these natural processes.

But that doesn’t mean we can’t look back.

Aero-fanatics, scientists, and fans of Apollo 13 can watch the launch streamed live at esa.int/goce.