A “Mood Ring” For Brain Trauma 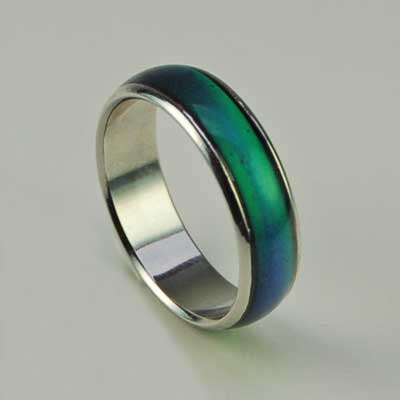 The September Popular Science feature “Shock to the System” (on newsstands next week), discusses the hidden danger of brain trauma faced by soldiers exposed to bomb blasts. The article reveals that one in five American soldiers serving in Iraq may be suffering from a brain injury—not from direct contact with explosions, but from the effects of bomb blast waves that can cause life-threatening damage at the cellular level, even from distances previously considered safe.

Since press time, however, a new innovation has surfaced that might speed the diagnosis and treatment of concussions in the field.

University of Pennsylvania professor Shu Yang has developed a color-changing crystal film that may serve as an indicator of the severity of shockwaves. The mesh-like molecular structure of the crystal shifts in response to blasts, causing the surface of the film to change color.

“Depending on the damage, you’ll have different color intensities,” Professor Yang told the BBC. “Based on that information we can extract how much force the soldier has received.”

This information could be lifesaving, since brain trauma from bomb blasts is often slow to manifest symptomatically, and may not be visible on MRI scans.

While more research needs to be done to correlate the shifts in color with the amount of neurological damage a soldier may have incurred, the technology seems promising. If all goes according to plan, the color crystals will be worm as badges on military uniforms. In the event of a severe blast, a warning color will provide an instant visual alert that a soldier should be examined for possible brain injury.