A new simulation finds the stuff in our own backyard: Time to move to New Jersey 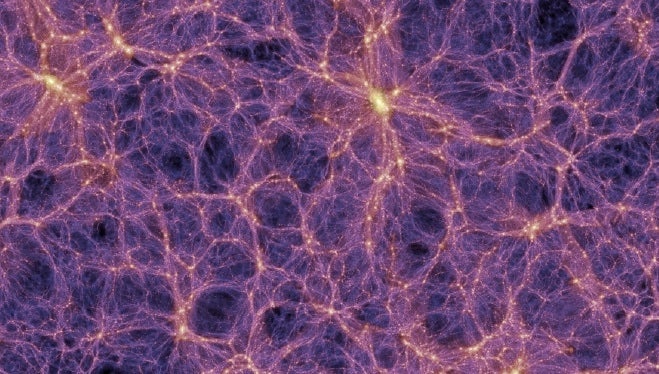 A new simulation has mapped out the way dark matter—the invisible heft of the universe—could be distributed in a galaxy like our own Milky Way; showing that dark matter could be much more present in our neighborhood than previously thought, and suggesting that we may soon be able to detect it (and understand it) close to home.

The Jaguar supercomputer at the Oak Ridge National Laboratory spent a month running through the equivalent of 13.7 billion years of dark matter interaction to produce a simulated galaxy. As the more than a billion digital bits and pieces coalesced, scientists could see much more going on within the galaxy’s halo than other simulations have produced. In previous tests, the region of our solar system always came out relatively barren. But in this study, published in Nature, the area was filled with lumps and bumps of the dark stuff—showing ultimately that there should be pockets of dark matter right in our own backyard.

As a step towards understanding what dark matter is made of, researchers hope that if these localized bits of dark matter really do exist in our galaxy as in a simulated one, the gamma rays they emit could be picked up for the first time by the recently launched Gamma-ray Large Area Telescope (