An electronic circuit 100 times smaller than a hair, could help astronomers shed light on the universe's creation 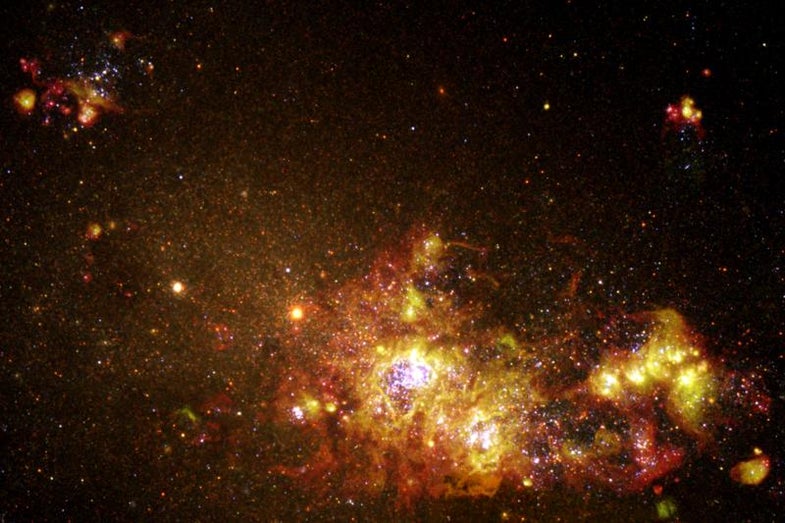 For centuries, the creation of the universe has loomed large in human thought, cropping up in everything from ancient folklore to modern scientific theories. A newly-developed nano-sized device, 100 times smaller than the thickness of human hair and capable of detecting infrared light that dates back to the “big bang,” could soon give us more food for thought concerning the galaxy’s formation 14 billion years ago.

The experimental device, developed by a team of physicists from NASA and several universities, is potentially 100 times more sensitive than existing “bolometers” or detectors of infrared and submillimeter waves—so sensitive that it can detect even a single photon of infrared light. This represents a significant breakthrough for scientists who hope to use such technology in space-borne telescopes to measure the invisible light that makes up 98 percent of light emitted since the “big bang.”

At present, earth-based radio telescopes cannot detect the faint light emitted from the earliest stars, especially since the earth’s atmosphere absorbs far-infrared light. Complicating matters further, as our universe expands, the light grows ever harder to detect. These stars are moving away from us nearly at the speed of light, and their light appears as the longest of the infrared wavelengths. Scientists aim to have satellite-based telescopes up within 20 years. In the meantime, as the stars continue to race away and scientists race to build and test better photo detectors they’ll have their work cut out for them.