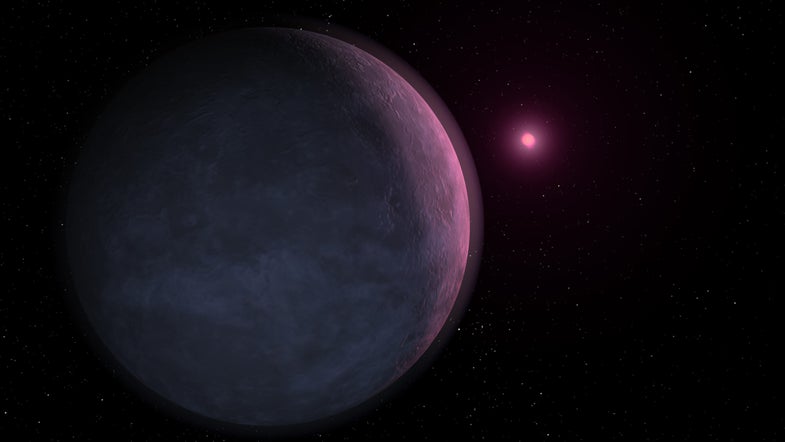 The search for a planet analogous to our own has taken one step closer with the discovery of the smallest extrasolar planet yet orbiting a star which could support life. It is about three and one-third times the size of Earth, much more in line with our home than the gas giants on the scale of Jupiter or Saturn we had been finding up to this point. (An even smaller planet has so far been found, but it is orbiting a pulsar. Pulsars spew highly powerful radiation, so it’s highly unlikely that anything within their vicinity could survive). This new planet orbits a dwarf star, which is many thousands of times less bright that our Sun. Still, the planet could have a thick atmosphere—like Venus—which would insulate what little heat was available.

The planet was discovered using gravitational microlensing, one of a handful of techniques astronomers are currently employing to discover extrasolar planets. When two distant stars align in our field of view, the light from the star in the back is magnified as it bends around the closer star’s gravitational field. We can then detect whether a planet is orbiting the star in front by how it warps the light coming from behind.

Although it is far too early to say with any certainty, the new planet, named MOA-2007-BLG-192Lb, is already speculated to have water. Water is the holy grail of prerequisites for the formation of life. It’s within the right range for mass and distance from its star for liquid water to exist on its surface, but we’ll need more precise measurements to know more accurately if that’s true.