After careful analysis, the Phoenix Lander finds Mars's soil is a lot like ours 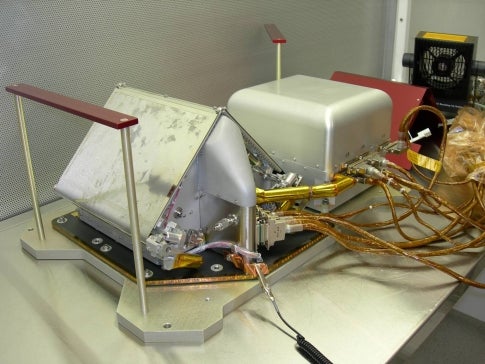 Now that the glitches caused by the Martian soil’s clumpy consistency have been shaken out, the Phoenix Lander has been able to cook up a few samples to test the soil composition. The preliminary results are surprising even to the chemists at work on the project: the soil is alkaline, and much more so than anyone expected. The analysis has found trace amounts of magnesium, sodium, potassium, and other elements similar to those in the soil on Earth. On first pass, Martian dirt appears to be non-toxic and laden with the basic nutrients necessary to support life. One compound that has not been found, however, is organic carbon, which is a critical component in the formation of life.

The tests were conducted using the lander’s wet chemistry technique, in which the collected soil is mixed with Earth water, then slowly heated in one of the lander’s ovens. The resulting gas is fed into a mass spectrometer, which measures the mass and concentration of all the molecules in the sample and is sensitive down to the most minute quantities. Each of the lander’s eight ovens is designed for one-time use.