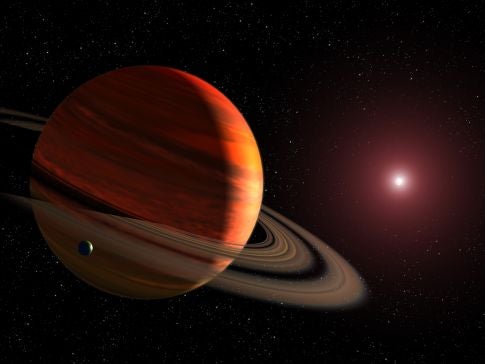 When it launches in 2009, NASA’s Kepler Mission will include the most sensitive detection system ever put into service for discovering exosolar planets. In the meantime, our toolkit on Earth is getting better with each passing year. Astronomers using the High Accuracy Radial velocity Planet Searcher (HARPS) at La Silla Observatory in Chile have discovered three new rocky planets orbiting a single star, all within ten times the size of Earth.

The smallest of the three is only four times the size of Earth. The HARPS spectrograph is one of only two instruments capable of detecting planets this small. Even so, it took five years of careful observation of the host star for the researchers to establish the existence of the planet.

The discovery, along with other data collected by HARPS, suggests there may be a prevalence of exosolar terrestrial bodies in our galaxy. By some estimates, one out of every three sun-like stars could be host to a world with a mass and orbit similar to Earth’s. It may even be possible that nearly every star has planets of some kind.