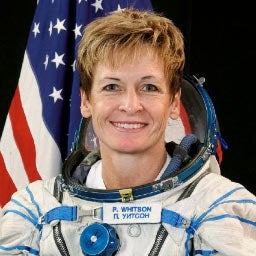 Yes, it ended well, but the rough-and-tumble landing that astronauts experienced recently as a Soyuz capsule on its way back from the International Space Station missed its landing target by 300 miles sure doesn’t sound like something you’d want to do twice.

American astronaut Peggy Whitson just recounted the experience to CNN. She says communication was lost, and smoke was billowing out of the controls as the craft dropped 400,000 feet in just 23 minutes. Rockets designed to slow the descent of the capsule fired just three feet from the surface, and the craft slammed into the ground and rolled. When the craft finally came to a stop, cosmonaut Yuri Malenchenko climbed out and called officials with a satellite phone. For more perspective, check this Houston Chronicle review of the issues at stake.