A New Player in the Search for Another Earth 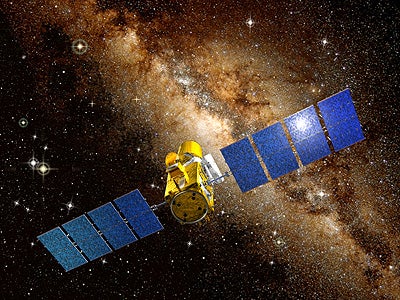 But the astronomers also reported that COROT has picked up another object that they can’t quite explain. This space oddity, COROT-exo-3b, looks to lie somewhere between a brown dwarf and a planet. It may even be a star, though if that’s the case, scientists say it would be among the smallest ever detected.

The observatory is designed to pick up small, rocky planets, so the two new Jupiter-sized finds aren’t even its specialty. But the scientists say that they’re also hoping to re-examine a fourth object, a potential exoplanet that may be Earth-scale.