A Molten Blizzard Beneath Mercury’s Surface 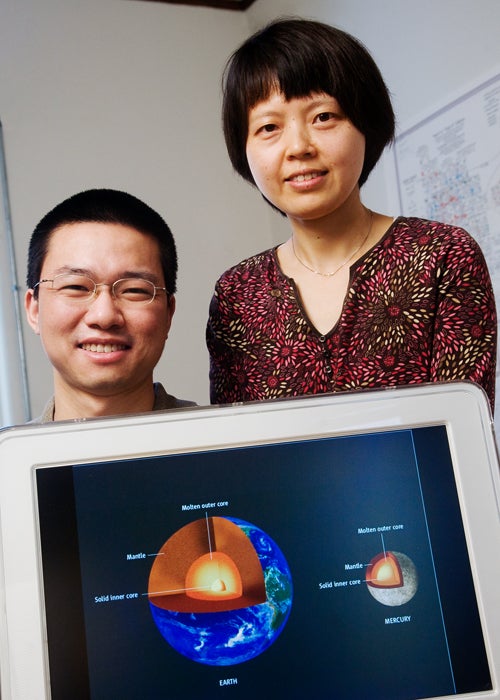 Mercury’s magnetic field is about 100 times weaker than that of the Earth – a curiosity that scientists have been trying to make sense of for years.

Recent observations of Mercury’s rotation suggest that the planet has a partially molten core, and scientists at the University of Illinois and Case Western Reserve University developed laboratory experiments to model what might be happening beneath the surface.

They studied the behavior of an iron-sulfur mix at high pressures and temperatures, and found that as the outer core of the stuff cools, iron atoms condense into snowflake-like pieces that fall in towards the center. The process leads to convection currents, and could explain the planet’s weak magnetic field.

The work is published in Geophysical Research Letters.