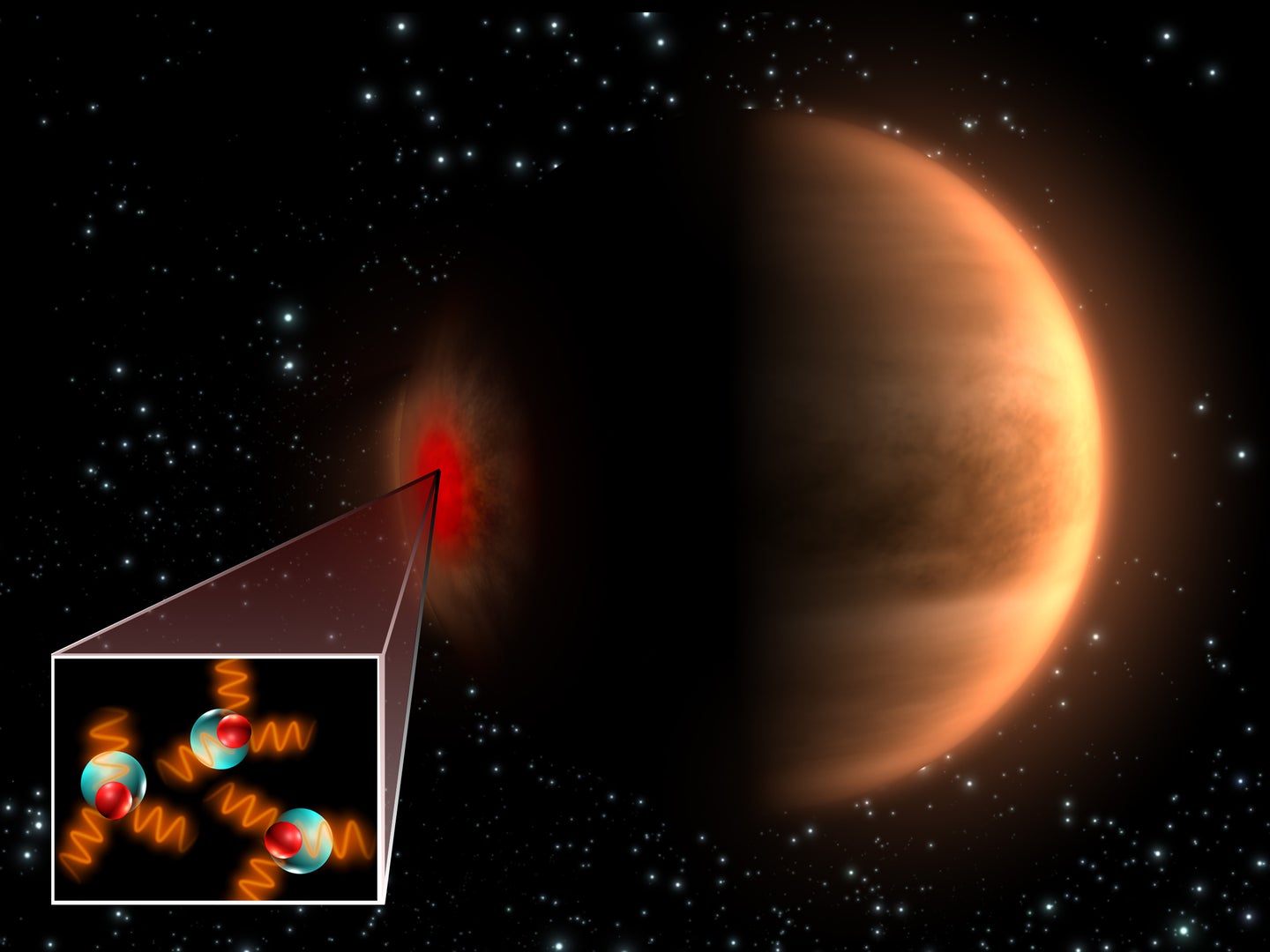 ESA’s Venus Express spacecraft has picked up evidence that the molecule hydroxyl is lurking in the dense atmosphere of the hot planet.

The molecule is considered to be a crucial component of any planetary atmosphere because it is highly reactive – scientists say it combats pollutants in Earth’s atmosphere, and may prevent carbon dioxide from transforming into carbon monoxide above Mars.

The presence of hydroxyl – which was picked up by the spacecraft’s Visible and Thermal Imaging Spectrometer – isn’t exactly a huge surprise, but ESA scientists say it should help them refine the theoretical models they use to describe what’s going on in the planet’s atmosphere. Principal Investigator Giuseppe Piccioni said: “Venus Express has already shown us that Venus is much more Earth-like than once thought. The detection of hydroxyl brings it a step closer.”

A report describing the finding appears in the most recent issue of Astronomy & Astrophysics Letters.