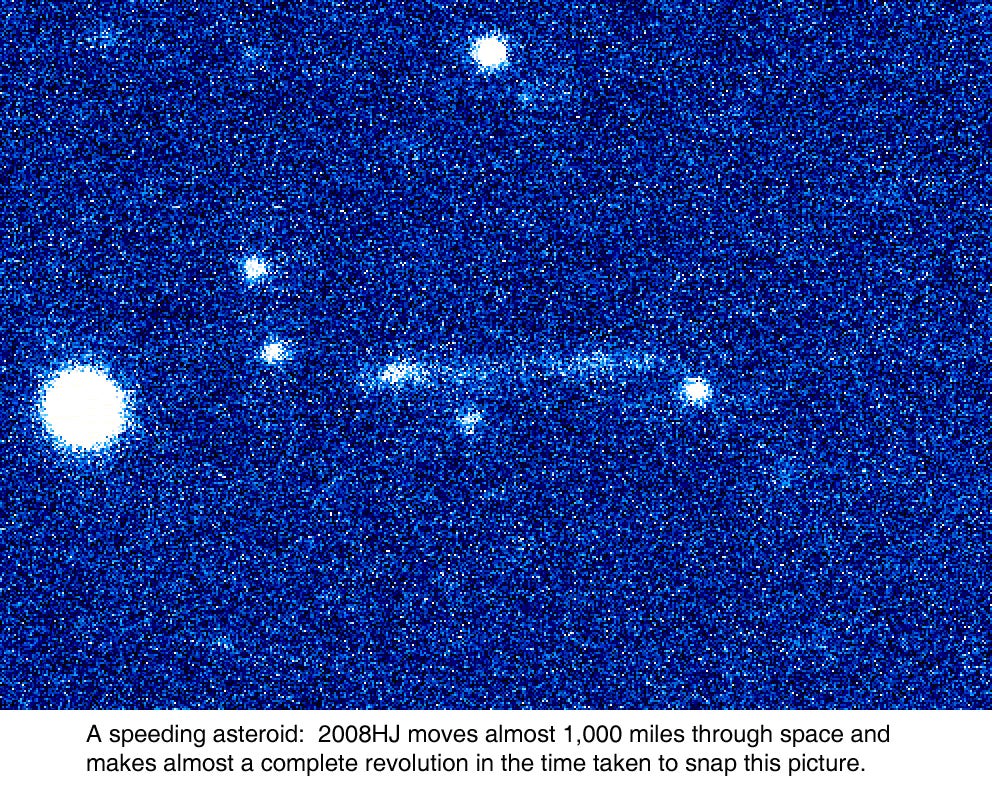 Asteroid 2008HJ is not only a “superfast rotator,” it’s the fastest of the superfast. According to the British amateur astronomer Richard Miles, who clocked the asteroid using the remotely operated Faulkes Telescope South, 2008HJ makes a full rotation every 42.67 seconds—almost twice as fast as the previous record holder.

First spotted in late April, 2008HJ was visible for a few days as it passed relatively close to Earth—less than three times as far away as the moon. Just a few hours before the closest approach, Miles took a series of photographs in which the moving asteroid appeared as a trail of reflected sunlight. By measuring the fluctuations in the light’s brightness as the asteroid rotated, Miles was able to calculate how fast it was spinning.

The asteroid appears to be a stony, oblong object measuring about 40 feet by 80 feet. Whizzing through space at more than 100,000 miles per hour, with no atmosphere or gravity to speak of, 2008HJ wouldn’t be a pleasant place to live. And with the sun rising more than 2,000 times as frequently as it does on Earth, forget about getting a good night’s sleep.