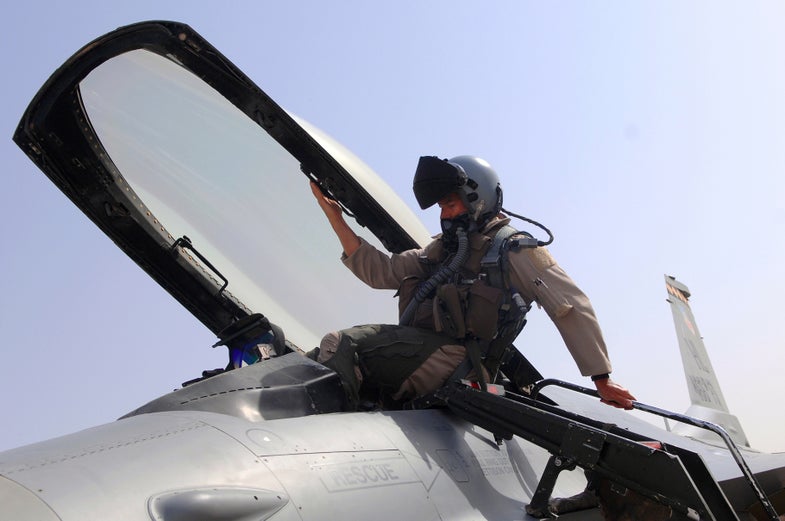 By the time Lieutenant Colonel Michael Brill touched down after a combat mission over Iraq earlier today, he had broken his own world record for the most hours spent flying the F-16 Fighting Falcon. Brill, a 421st Expeditionary Fighter Squadron pilot, has logged more than 6,000 hours in the F-16.

That’s the equivalent of 250 round-the-clock days in an aircraft that routinely flies at high speeds and subjects its pilots to intense G-forces. Brill says flying the jet is “like being on a roller coaster that you can steer.” No wonder he spends so much time in the cockpit.