Our final frontier is also our final dumping grounds 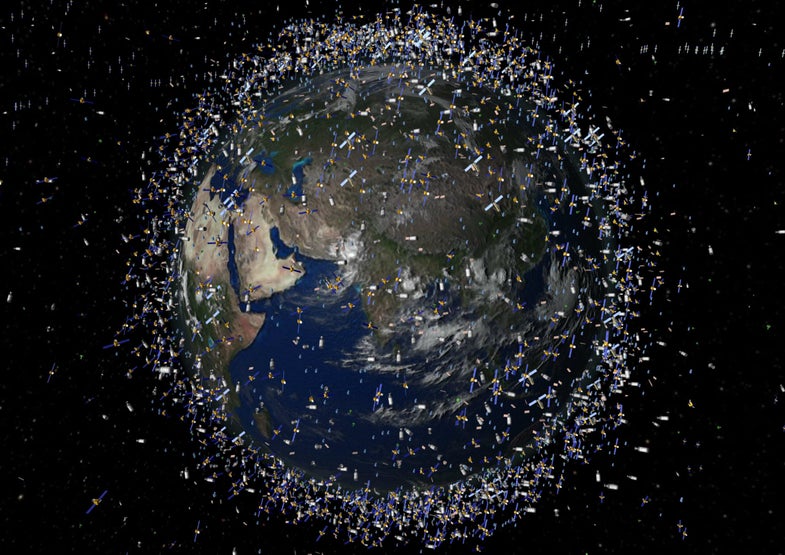 There is a scene in Dances with Wolves after Costner’s character has arrived at the deserted Dakota base in which he discovers the company’s garbage pile. He gives it a disappointing, scrutinizing look as he recognizes it’s another harbinger of what is to come for the plains and its people. Fast forward 150 years to a different kind of frontier: space, in near-Earth orbit. There, we find a similar garbage pile, only this one is traveling at 30,000 miles per hour and threatens all the satellites and telescopes and space stations floating about. No one knows just how many bits of debris are up there, but it doesn’t take much for one to wreak havoc—anything larger than 1 cm can pose a serious threat. Even relatively slow-moving 0.3 mm paint flecks have been known to collide with the Space Shuttle’s windscreens and cause damage.

The origin of space junk came about just as you might assume the first garbage pile did—there’s so much empty room up here, what does it matter? How could we ever fill it up? Very little thought has been given to the issues since Sputnik 1 was launched in 1957. Its own upper stage was discarded into low Earth orbit. While the tiniest fragments are impossible to track, there are people at the European Space Agency and elsewhere cataloging the largest debris. So far, 10,000 objects have been identified. Most of the junk is debris from past collisions in which old craft have broken apart; surprisingly, only 7% of the total comprises anything currently working.

Now the plan is to develop an international consensus on how to keep debris from entering orbit in the first place, either by vigilance against losing or tossing out items or by developing methods to send objects out of orbit to burn up in the Earth’s atmosphere. For a truly stunning representation of the extent of the problem, this video is not to be missed: