The State of the Universe 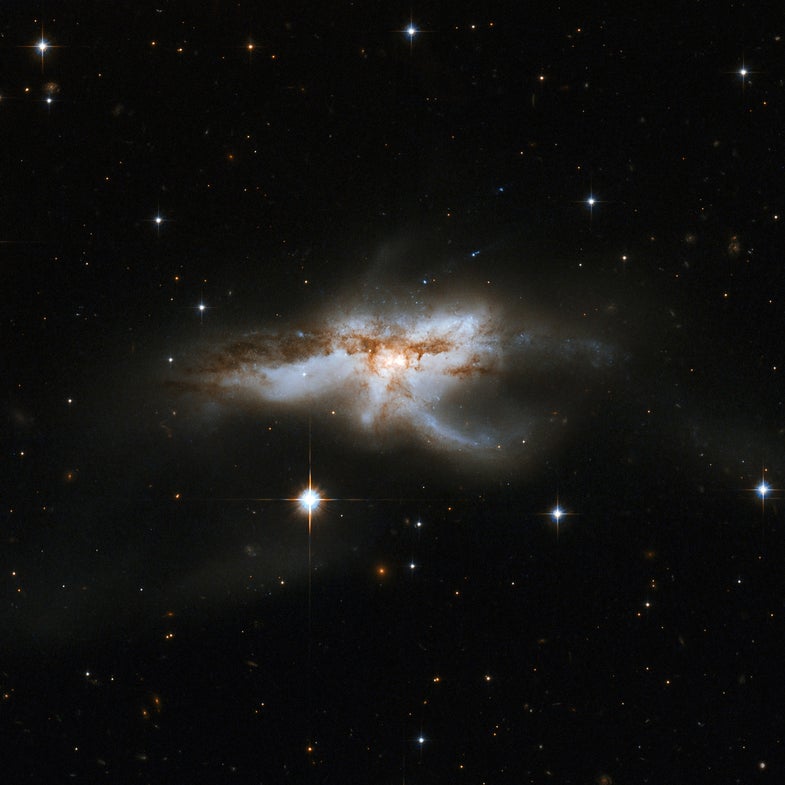 NGC 6240 is a peculiar, butterfly- or lobster-shaped galaxy consisting of two smaller merging galaxies. It lies in the constellation of Ophiuchus, the Serpent Holder, some 400 million light-years away. Observations with NASA s Chandra X-ray Observatory have disclosed two giant black holes, about 3,000 light-years apart, which will drift toward one another and eventually merge together into a larger black hole. The merging process, which began about 30 million years ago, triggered dramatic star formation and sparked numerous supernova explosions. The merger will be complete in some tens to hundreds of millions of years. NASA/ESA
SHARE

Not much in science is more of a mind-bender than thinking about the size and fate of the known universe (except for quantum mechanics and string theory, which also has a lot to do with the size and fate of the universe, albeit on the opposite end of the size spectrum). When we first developed theories about the universe, the model which resulted depicted all of space as static and unchanging, infinite in depth in any direction. Then Einstein posited general relativity and suddenly a whole host of universes were theoretically possible: static, dynamic, infinite, and finite.

Once practical observation caught up to theory, we were able to conceive of the Big Bang and prove it by observing Doppler shifts. We knew at least that galaxies were moving away from each other, expanding off into the distance. What we didn’t know was whether that expansion would continue forever or if it would, like the largest and slowest rubber band ever known, eventually snap back.

It is only recently that we have determined the former to be the case. The universe will expand until our neighbor galaxies are no longer visible to us (of course, assuming we are still around tens of billions of years from now) and the stars in our galaxy will use up all the raw hydrogen fuel, fading out to nothing. There is one other long shot possibility (and here we return to string theory) that dark matter may ultimately refuel the rubber band from the earlier example and we may indeed all snap back to the first moment of the Big Bang. Under this scenario, our universe could be just the most current in an infinite number of universes that have expanded and collapsed over trillions and trillions of years.