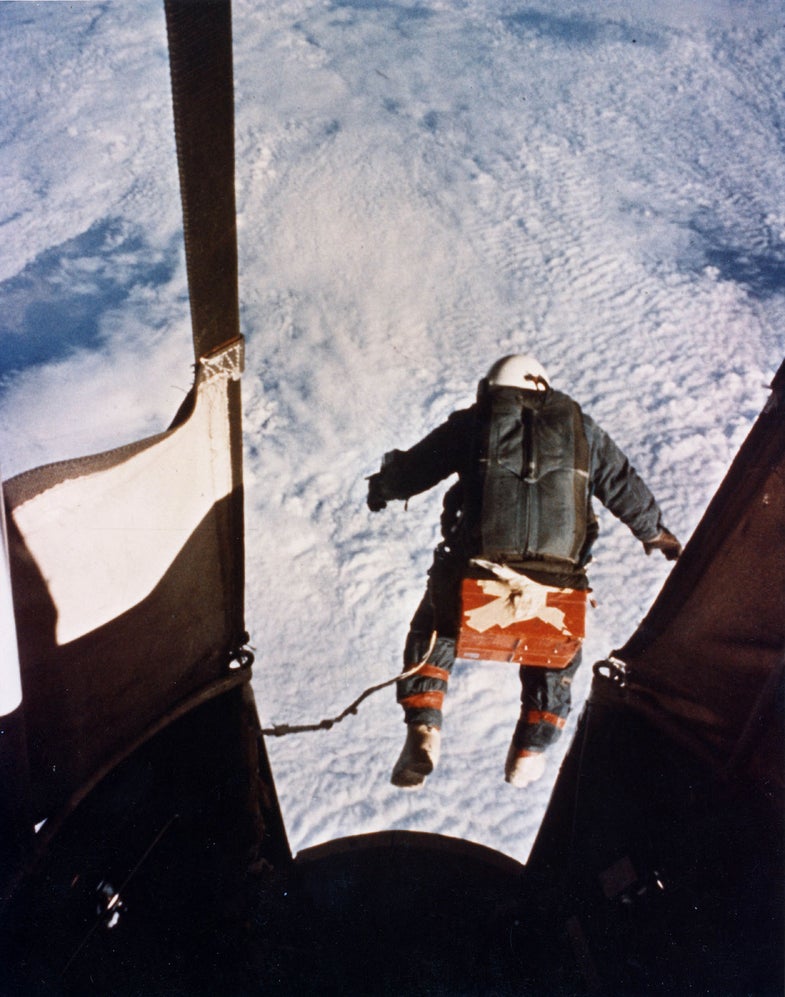 Burkhard Bilger last summer in the New Yorker wrote a fascinating profile of Michel Fournier, a retired French army parachutist who has spent quite a bit of his retirement and his savings on chasing the world record for highest parachute jump. The article is no longer online (there is an abstract) but it is well worth digging up from your local library. Fournier has attempted the jump a handful of times already, only to be foiled by last-minute snafus. As the profile explains, it is a tremendously complicated thing to hurl oneself out of a balloon basket at 130,000 feet. Quite a lot can go wrong.

If events since the article’s publication have held true, Fournier’s newly scheduled attempt for next month will likely be his last.

The jump would not only be the highest ever, it would also propel Fournier into the record books at the highest and fastest parachute speed–1.3 times the speed of sound–as well as breaking the mark of the highest air balloon flight. The attempt is scheduled for May 25th over the Canadian province of Saskatchewan. He’ll board a pressurized capsule attached to a 525-foot helium balloon; as he rises, the pressure will be slowly let off so that he’ll be able to open the hatch and make his jump. At that height, he’ll be nearly halfway to outer space.