Did a German teenager find a glitch in NASA's asteroid collision estimates? 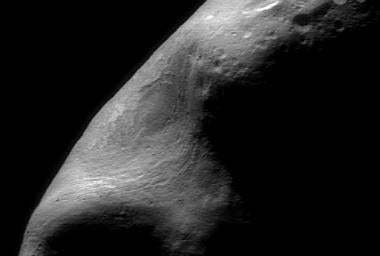 A German newspaper reported last week that 13-year-old Nico Marquardt corrected a few glitches in NASA’s estimates regarding the chances of a certain asteroid colliding with Earth. NASA concluded that the Apophis space rock has only a 1 in 45,000 chance of knocking into us, but this school-kid announced that the space agency had missed a few zeros, suggesting that the probability is closer to 1 in 450. And while quite a few news reports backed him up, even claiming that NASA agreed Marquardt was correct, the space agency is sticking to its estimates.

From the official statement: “Contrary to recent press reports, NASA offices involved in near-Earth object research were not contacted and have had no correspondence with a young German student, who claims the Apophis impact probability is far higher than the current estimate. This student’s conclusion reportedly is based on the possibility of a collision with an artificial satellite during the asteroid’s close approach in April 2029. However, the asteroid will not pass near the main belt of geosynchronous satellites in 2029, and the chance of a collision with a satellite is exceedingly remote.”

In other words, stick to video games, kid, and leave the Earth-protection to the pros.