Peering Beneath the Surface of Distant Planets 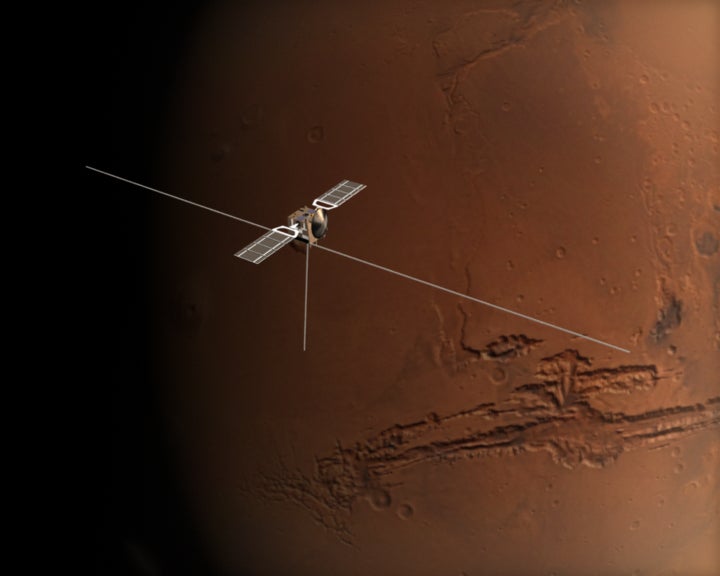 A radar device aboard ESA’s Mars Express orbiter has allowed scientists to peek beneath the surface from afar, and the success with this research is now prompting them to think up other spots in the solar system that would be ideal for this sort of examination.

The Mars Advanced Radar for Subsurface and Ionosphere Sounding (MARSIS) pings the surface with radio waves, then picks up the echoes with a pair of 20-meter-long booms and infers details about the structures beneath the dust. The Red Planet was, in a way, a test case for the technology. ESA scientists say they weren’t even sure the signals would effectively penetrate the Martian atmosphere.

So, what’s next for the technology? Jupiter’s moon Europa could be an ideal target, since scientists think it may be hiding an ocean beneath its icy crust. A MARSIS-like device might be able to peer down far enough to see where the crust ends and the ocean begins.