Monitoring Soldiers’ Brains in the Field 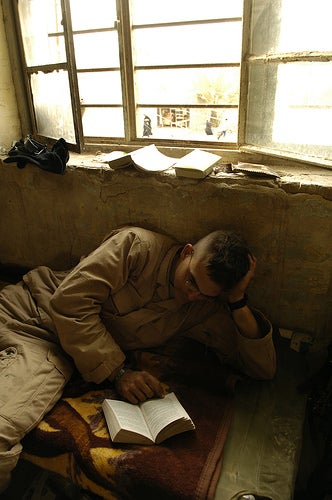 As many as 320,000 U.S. troops may have sustained brain injuries in Iraq and Afghanistan, yet less than half of them were evaluated by doctors. But now the Wall Street Journal is reporting that the Pentagon is funding a project to develop a device that would do on-site testing for brain trauma, and be tough enough to hold up in a war zone.

The gadget, which is being developed by neurosurgeon Jamshid Ghajar and his team at Weill Cornell Medical College, will use eye-tracking technology to measure the brain’s health.

When finished, it will be wearable, included either in a pair of goggles or a visor, and will test how well a soldier’s eyes track a small, moving red dot. The scientists say it should be able to find evidence of traumatic brain injury within seconds. That way, commanders will know to find these soldiers proper care.