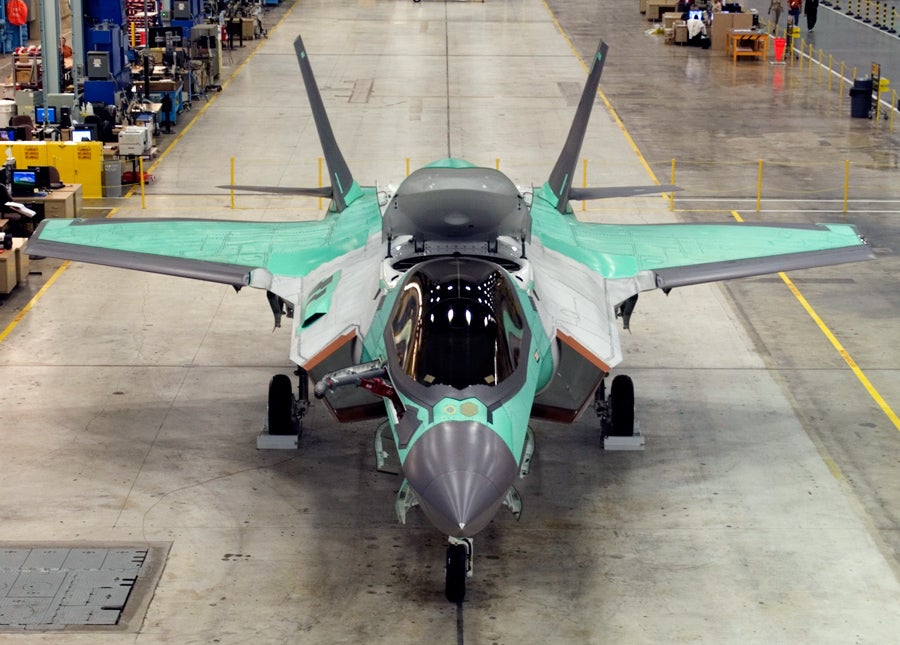 The F-35B at Lockheed’s assembly plant in Fort Worth, Texas

Last April, we dissected the world’s most advanced fighter jet, the F-35B Lightning II, in the pages of our annual “How It Works” issue. Now military contractor Lockheed Martin is firing up the jet’s 40,000-pound-thrust engine (the most powerful ever built for a fighter jet) in preparation for flight tests. The jet can soar at supersonic speeds (1,000 mph) and deflect radar signals, but by the end of the month, pilots are expected to show off its most highly anticipated feature: the ability to stop mid-flight and touch down virtually anywhere.

The F-35B is a “jump jet” variant of the Joint Strike Fighter (JSF), a futuristic fighter aircraft commissioned by the U.S. Department of Defense. Its ability to land vertically and make short takeoffs will allow the Marines to attack targets from much smaller ships and establish bases without the need for long runways. Barring any disasters during flight tests, the $300-billion JSF program should put F-35Bs in service by 2012, when they will begin replacing the Marines’ aging fleet of F/A-18 Hornets and Harrier II fighter jets at bases around the world. 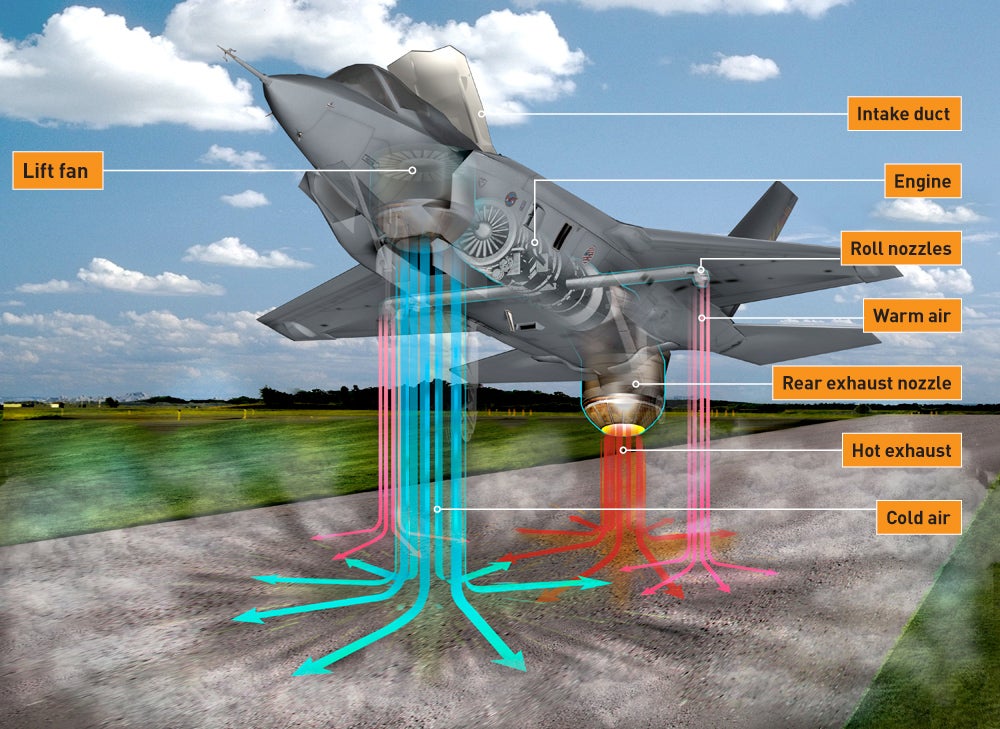 What Makes it Fly

Lift Fan
Whereas conventional jet fighters need up to 3,000 feet of runway to take off, the F-35B pilot simply pushes the throttle forward and is airborne in less than 500 feet. A computer controls the lift fan, which pushes cold air down, causing the jet to float up. The air also prevents hot exhaust from entering the lift fan and stalling the engine. As the F-35B approaches 288 mph, the wings produce enough lift to let the fan disengage.

Engine
Behind the jet’s supersonic speed is the Pratt & Whitney F135 turbofan. During liftoff, the rear exhaust nozzle rotates to direct the engine’s thrust downward, while a drive shaft in front of the engine turns the lift fan.

Roll Nozzles
On the underside of each wing, two computer-controlled roll nozzles channel a small amount of thrust from the engine to stabilize the airplane and keep it from rolling out of control.

Stealth
A precisely shaped body deflects enemy radar signals away from the aircraft instead of back toward the source. An internal weapons bay further minimizes the jet’s radar “signature.”