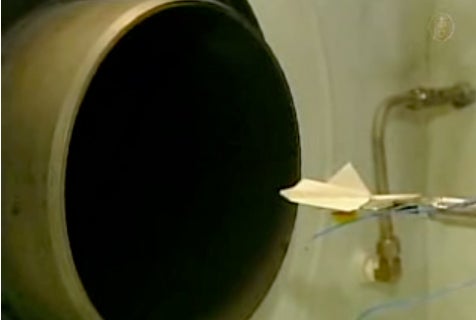 Japan’s space agency gave it the OK. A famous astronaut says he’d get involved. They even tested a prototype in a wind tunnel. Still, it does sound nearly too off-the-wall to be true: Japanese scientists have teamed up with origami experts to design a paper airplane that could withstand re-entry and make its way from space back to Earth.

The idea is to use the super-paper-plane to learn more about designing a re-entry craft or atmospheric explorers. And while it sounds impossible, a prototype ,made of paper with a heat-resistant coating, has already been tested. It successfully drifted in both temperatures of up to 446 degrees Fahrenheit and tremendous winds.

Thanks to that test, the Japanese space agency says it will fund the project for three years. Eventually, the idea would be to toss a few of them out of the International Space Station. The hitch right now is figuring out how to track them once they’re released.