Signs of Life Found Orbiting an Exoplanet–Sort of 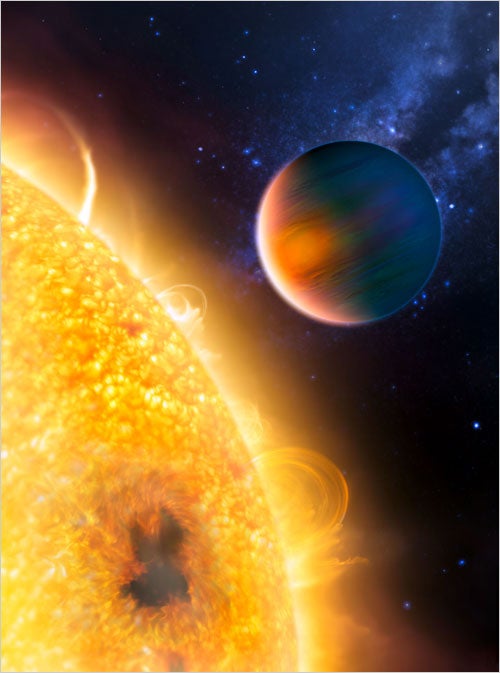 Everyone seems to be double-extra-cautiously optimistic about this finding, so don’t go running out to your telescope tonight looking for greetings from friendly space creatures.

But in work reported today in Nature, astronomers say they used the Hubble Space Telescope’s infrared imager to pick up signs of methane in the atmosphere of a Jupiter-sized planet orbiting a star some 63 million light years from Earth. And methane, an organic molecule, is an indicator of the possible presence of life.

The bad news, for ET fans, is that the planet is probably too close to its host star to support the kind of life we’re all really looking for. The good news is that the very presence of methane, and water, in the planet’s atmosphere could be evidence that some form of life may be out there, either on this planet or others. Methane is key to the formation of amino acids, the basic building blocks of organisms.

Another key takeaway from this work, scientists say, is that astronomers have now moved from simply finding these planets–a not-so-simple job in and of itself–to exploring them chemically.