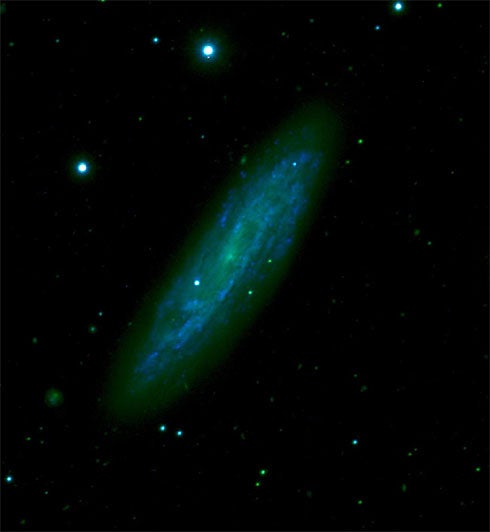 After 20 years of development, problems with funding, lawsuits, and an arduous 25-mile journey to cart its key parts uphill, the $102 million Large Binocular Telescope is finally complete. The telescope, an internationally-run observatory that points skyward from a mountaintop in southern Arizona, has already captured some beautiful images, including the spiral galaxy pictured to the left, which is 102 million light years away from Earth.

Using a pair of massive 28-foot-wide mirrors, the telescope should help astronomers capture the faint light emanating from a variety of distant celestial objects. Astronomer Xiaohui Fan – one of PopSci’s 2008 Brilliant Ten– believes the observatory should help scientists find more of the distant, black-hole-centered galactic nuclei known as quasars.