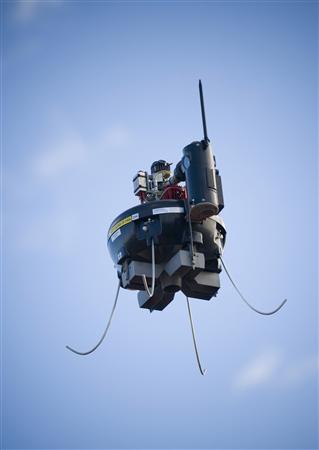 Behave yourself in Miami, because the eyes-in-the-sky may soon be watching. We’re still not sure about all those rumors concerning insect-sized flying vehicles keeping watch over cities, but larger versions certainly seem to be on the way.

Honeywell International’s Micro Air Vehicle, or MAV, a 16 pound, 14-inch-wide hovering craft, could become the Miami’s police department’s latest tool in the fight against crime. And although it does look frighteningly similar to the Interrogator Droid in Star Wars, there’s no evidence that it’s capable of extracting information from rebel princesses. Or anyone else, for that matter.

The tiny vehicle is capable of vertical take-offs and landings and, more importantly, capturing visual information from overhead. The MAV is waiting for FAA approval, but if it passes, the Miami-Dade Police Department figures to start using it as an extra set of eyes in emergency situations. See the tiny flier in action here.