After surviving tough conditions on the Red Planet, the twin rovers nearly get shut down by a shortage of cash 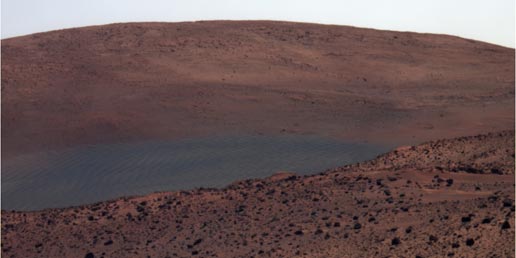 It would have been pretty heartbreaking for space fans if Spirit and Opportunity, the twin Martian rovers, had survived on the Red Planet all these years, only to be shut down and lost for good due to budget cuts.

Apparently NASA sent a letter last week to the Jet Propulsion Laboratory, the lab that runs the rovers’ program, specifying a $4 million cut. Scientists said this move would have forced them to put one rover into hibernation mode, and limit the duties of the other.

But now NASA has rescinded the letter, effectively acting as though it never was sent, and the rover program is back to normal. Still, this wasn’t just an inane budget cut. NASA needs to find some extra cash because its new rover, the Mars Science Laboratory, is already $165 million over budget, and engineers need $20 million more to work out its final kinks.