Dextre is Alive, Well, and on Vacation 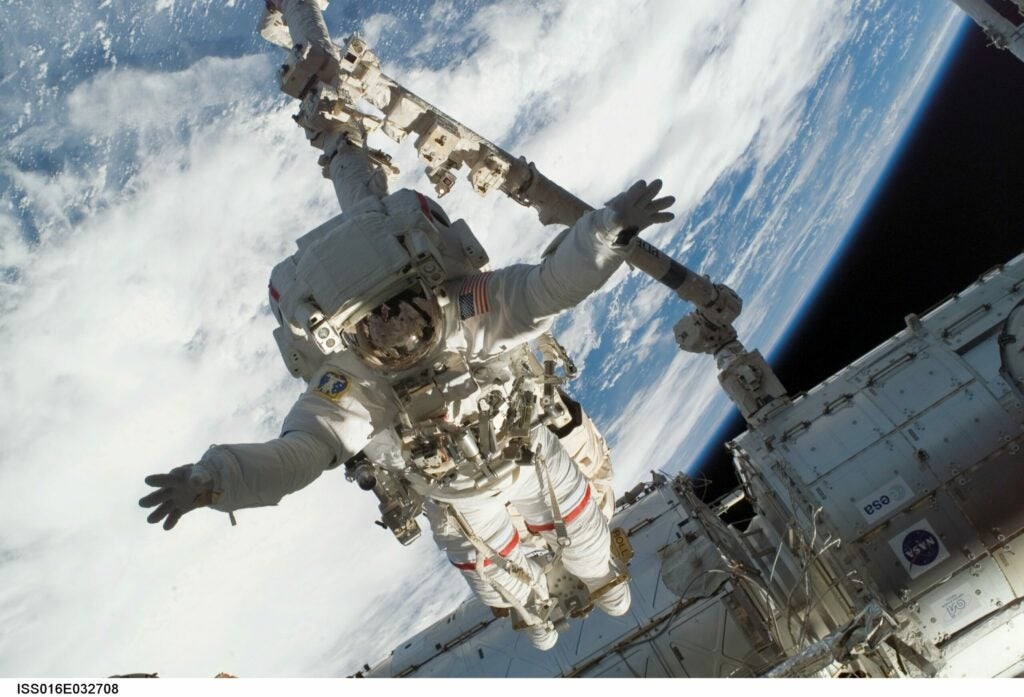 Astronaut Rick Linnehan begins maintenance work on the outside of the space station, including Dextre.

All reports suggest that the International Space Station’s new robotic handyman will survive, and not freeze into a $209 million junk pile due to a power problem. Astronauts bypassed a faulty cable on Friday, and managed to get power to the robot arm, which will keep it warm, and ready for duty, in the deep cold of space.

Astronauts have tested its arms and the brakes that slow them down, demonstrating that everything seems to be running well. There was one case of a slip, but officials say they aren’t concerned. Nevertheless, it’s not as if Dextre is going to go to work right away. The robot’s first scheduled mission won’t take place for another year, according to reports. In the meantime, astronauts–one of whom says Dextre looks like a Star Wars prop on the outside of the ISS–will run it through tests, and get used to handling their new assistant.