The military is designing a robotic “butler” that will provide cover fire, ammo, food and peace of mind during combat 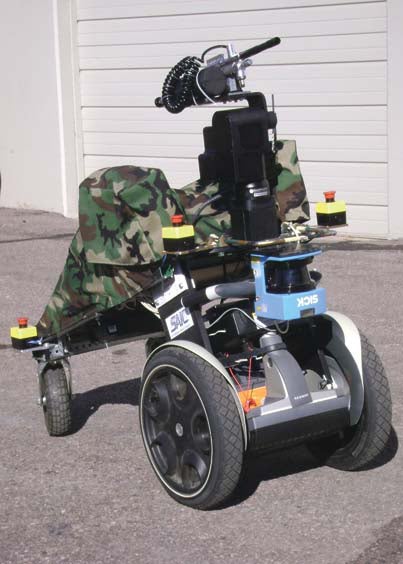 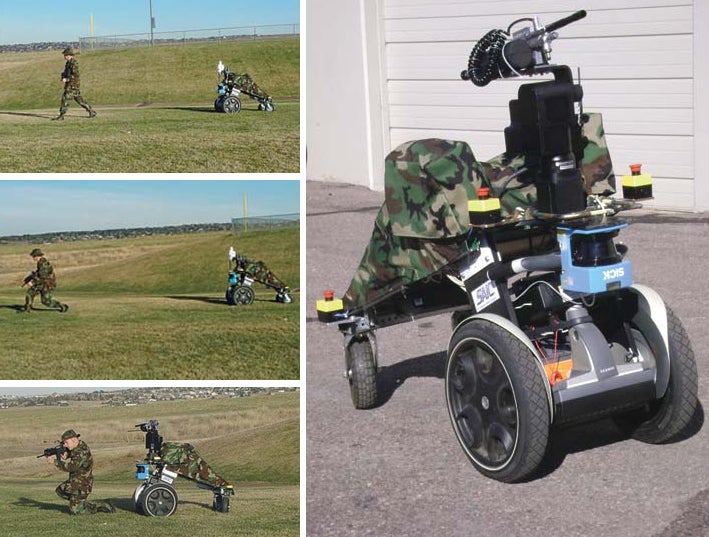 An autonomous BirdDog prototype, armed with a paintball gun, uses software and sensors to shadow the movements of a soldier.

The American soldier may soon have a personal combat-ready sidekick that will fetch him essentials such as water, ammo and medicine and provide extra firepower when he’s under attack. It’s a robotic servant dubbed BirdDog that’s in the works by the U.S. Navy and the private research firm Science Applications International Corporation. BirdDog is designed to complement the military’s future fleet of unmanned vehicles, which are expected to account for one third of all ground combat vehicles by 2015.

The system will link sensors on a soldier’s body and gear to an all-terrain robot equipped with tools such as radar, GPS and motion detectors. Feeding on real-time data, the robot will be able to track the soldier’s location, ammunition stock and vital signs and then coordinate and provide support. The ultimate goal, says Bart Everett, the director for robotics at the Space and Naval Warfare Systems Command, which oversees the research, is a robot that can reason about the actions of a human and respond accordingly.

For now, BirdDog is limited to simple tasks, such as shadowing a soldier. “We’re trying to find better ways of letting a robot know how it can help, so the human doesn’t have to babysit it,” Everett says. The next step is to field-test a system that can scan terrain and upload tactical maps to a soldier.