Budgeting for the most complex rover to date proves equally tricky 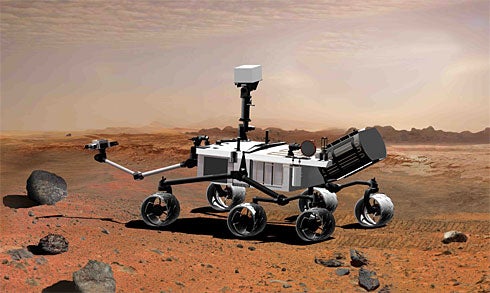 The Mars Science Laboratory, that souped-up rover that’s due to launch for the Red Planet next year, turns out to have a larger price tag than expected. The project has already gone $165 million over its $1.8 billion price tag, and now NASA says it may take an additional $30 million to get things right.

Engineers had to redesign the rover’s heat shield, since tests revealed that the existing one was not going to survive the drop down through the Martian atmosphere. The robot itself is a fantastically complex machine that will be capable of retrieving and analyzing interesting samples of dirt, dust and rock on-site—it’s literally a lab on wheels. The current launch date still holds for now, but NASA says the trip could be postponed to 2010 or 2011.