A decade and a half after its initial target date, the ISS's science lab opens its hatches 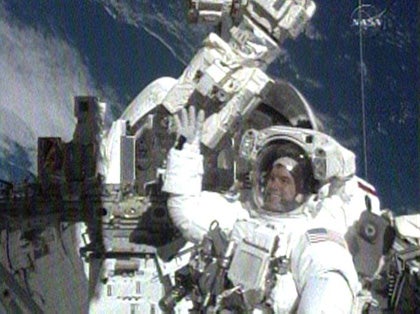 Finally. NASA astronauts installed the $2-billion science laboratory known as Columbus as a new wing of International Space Station on Monday. Yesterday morning, European astronauts officially opened the hatches, and began the process of bringing the computer, cooling and ventilation systems online. Plagued by delays the 14-ton module, was actually supposed to go up in 1992, and honor the 500th anniversary of Christopher Columbus’s famous trip–hence the name. Clearly, though, we missed that target date.

This Friday, astronauts will install two new components outside the lab, including the SOLAR observatory, which is designed to monitor the sun, and the European Technology Exposure Facility, which will expose eight different experiments to the space environment.