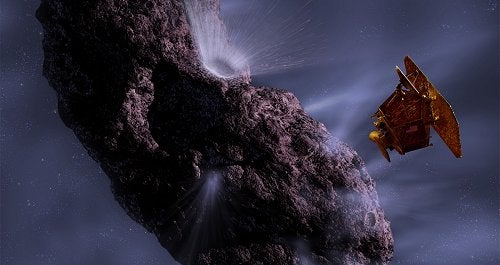 Deep Impact, the NASA spacecraft that watched a sister craft smash into the Comet Tempel-1, is now roaming the universe in search of extrasolar planets. Deep Impact still has another date with a comet, Hartley 2, but those observations won’t start until 2010. During its downtime, scientists will use one of the probe’s telescopes to examine some of the more than 200 planets that astronomers have discovered in orbit around nearby stars in recent years.

One of the first targets they’ve studied is planet HAT-P-4, one of the finds of the Hungarian automated telescope network built by Brilliant Ten winner Gaspar Bakos. A major advantage of Deep Impact is that it affords a different perspective than Earth-based observatories.