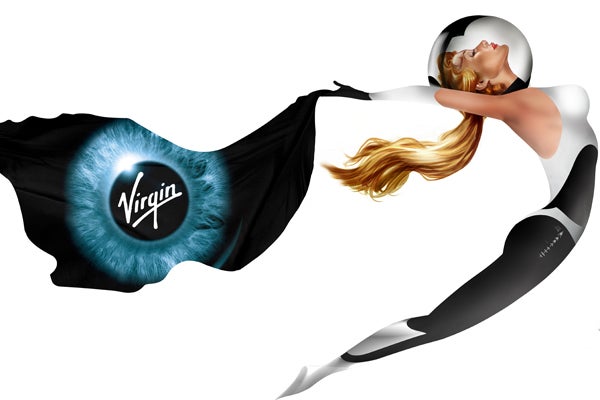 This morning at the American Museum of Natural History in New York, in front of a throng of international press, paying customers, and various captains of future industries, Branson, Scaled Composites CEO Burt Rutan, and other Virgin Galactic execs unveiled new designs for both White Knight and SpaceShipTwo. Branson says the two-ship combo will act as a “catalyst to transform human access to space.”

The new designs are fairly significant revisions of their predecessors; they feel more jet-like and plausible. WhiteKnightTwo—the carrier craft that will haul the six-passenger SSII to a high-altitude launch—is 100 percent carbon composite (“Literally 100 percent,” Virgin Galactic CEO Will Whitehorn insisted) and downright gigantic, with twin boom construction, two cabins and a wingspan the size of a B29 bomber. It’s powered by four Pratt & Whitney PW308 engines. In the two cabins, which will be identical to the interior of SS2, “astronauts” scheduled to fly on SS2 the next day can ride along for training. Rutan says WhiteKnightTwo is 80 percent complete and will make its first test flight this summer.

SpaceShipTwo is about twice as big as its predecessor—60 feet long and 15 feet high at the tail, with a wingspan of 42 feet. It has room for six passengers and two pilots. But it uses most of the same basic technology as its predecessor, including the feathering rear wings that are designed to make atmospheric reentry safe and predictable from any angle. According to Rutan and Branson, SpaceShipTwo is about 60 percent complete; Virgin Galactic has already ordered two White Knight Twos and five SS2s.

It’s hard to watch guys as savvy and persuasive as Branson, Rutan, and Whitehorn speak passionately about the civilizational imperative of colonizing space without getting caught up in the enthusiasm —but the most critical stage is yet to come. Scaled Composites still hasn’t figured out what caused the explosion at the Mojave Airport last year that killed three employees, and until they do, no paying passengers will be riding aboard the new spacecraft.

The ship designs and the incredibly cool Virgin Galactic logo (that’s “Galactic Girl,” below) unveiled today make one really want to believe. But only after the Scaled Composites investigation wraps up and the test flights are complete will we know how soon Virgin’s 200 confirmed passengers will take flight. 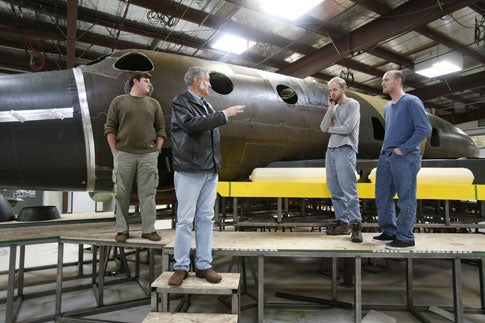 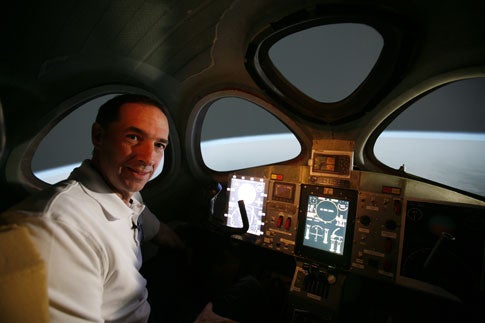 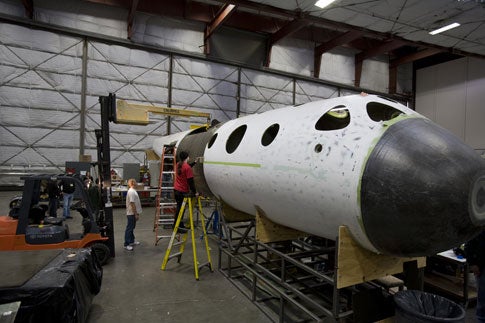 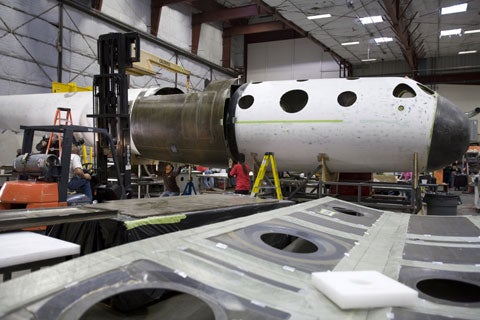 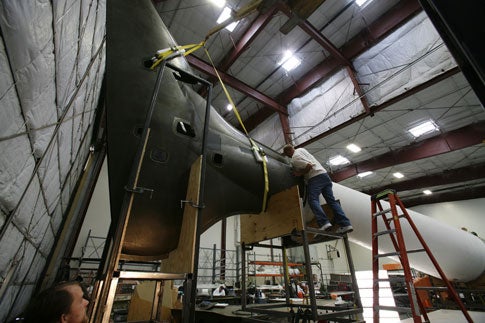 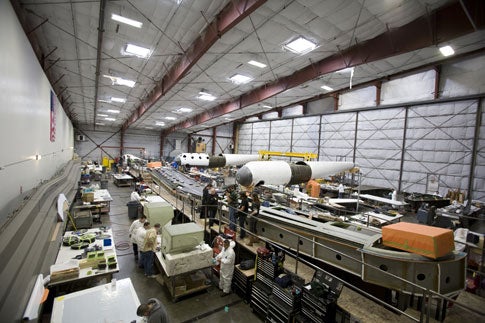 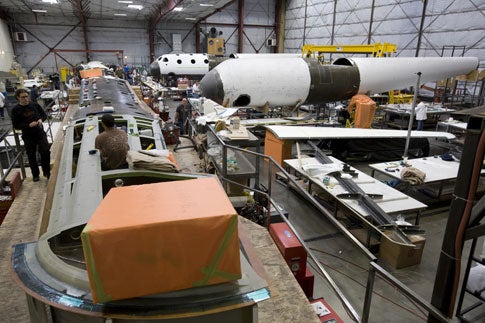 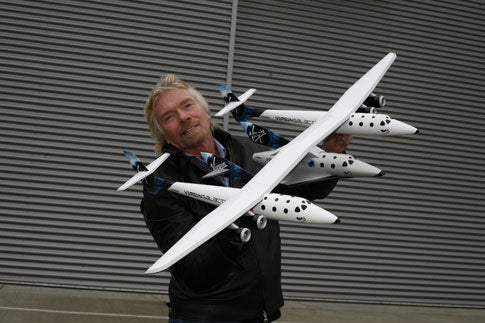 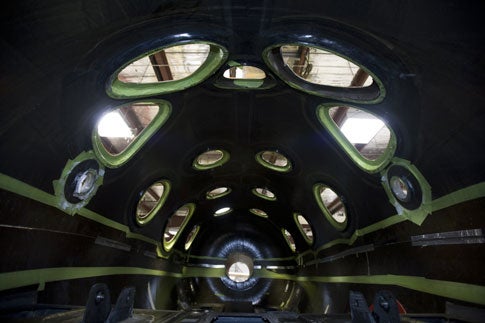 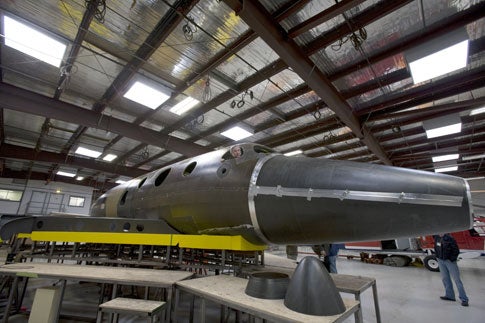 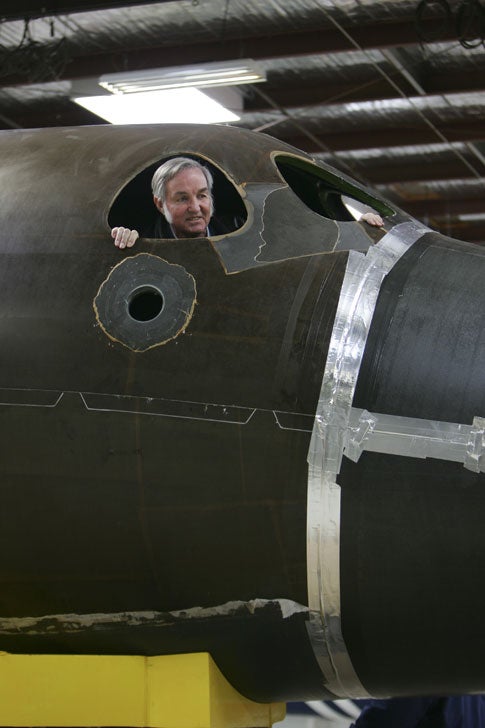 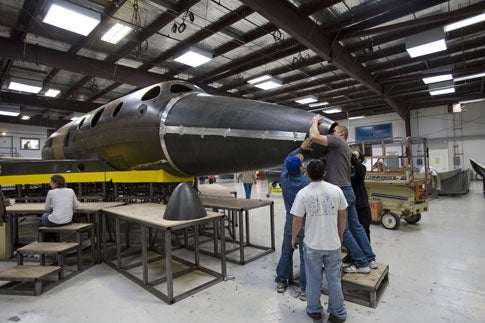 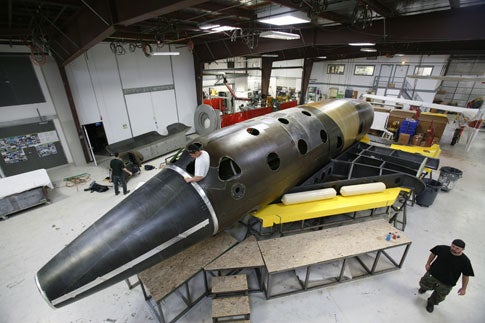 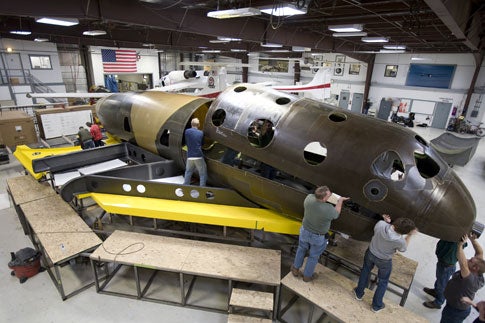 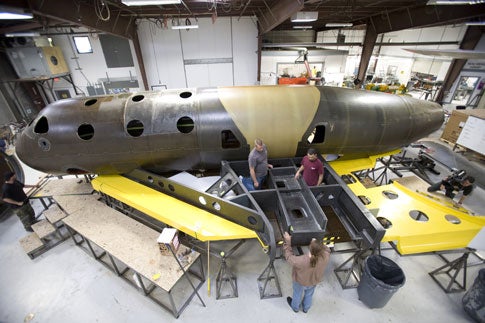 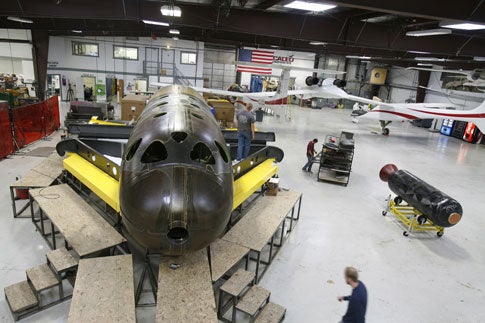 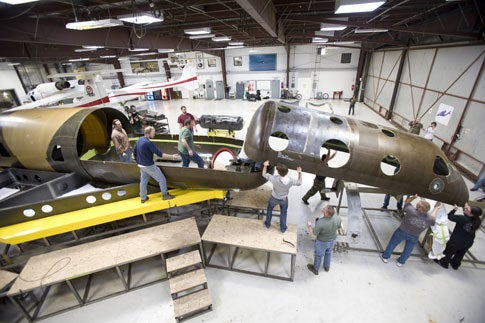 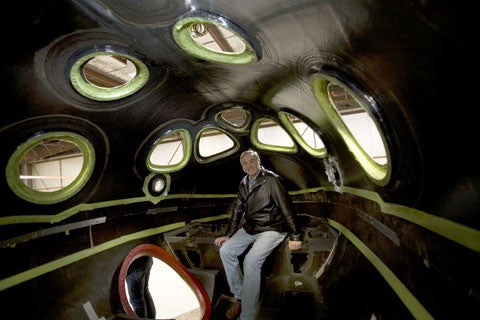 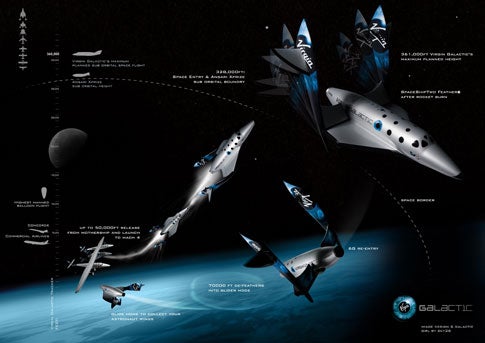 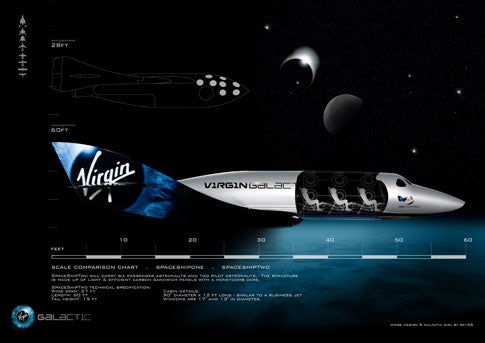 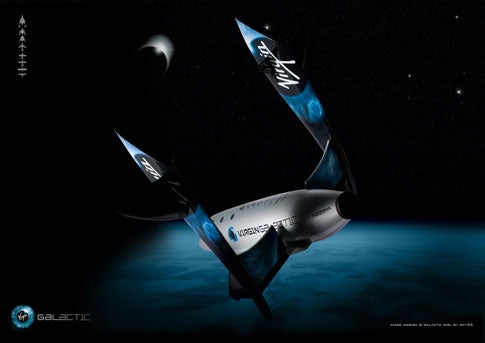 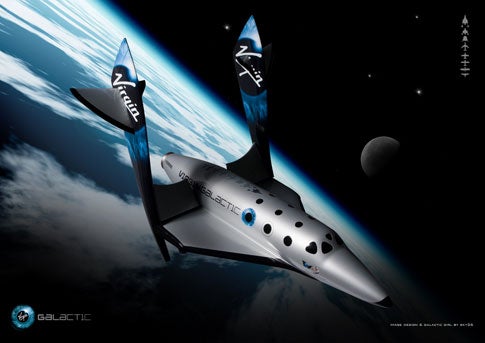 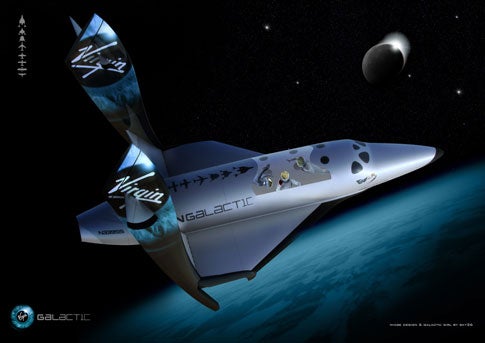 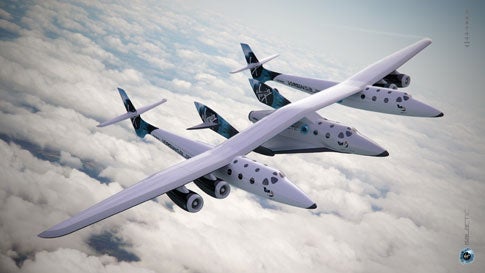