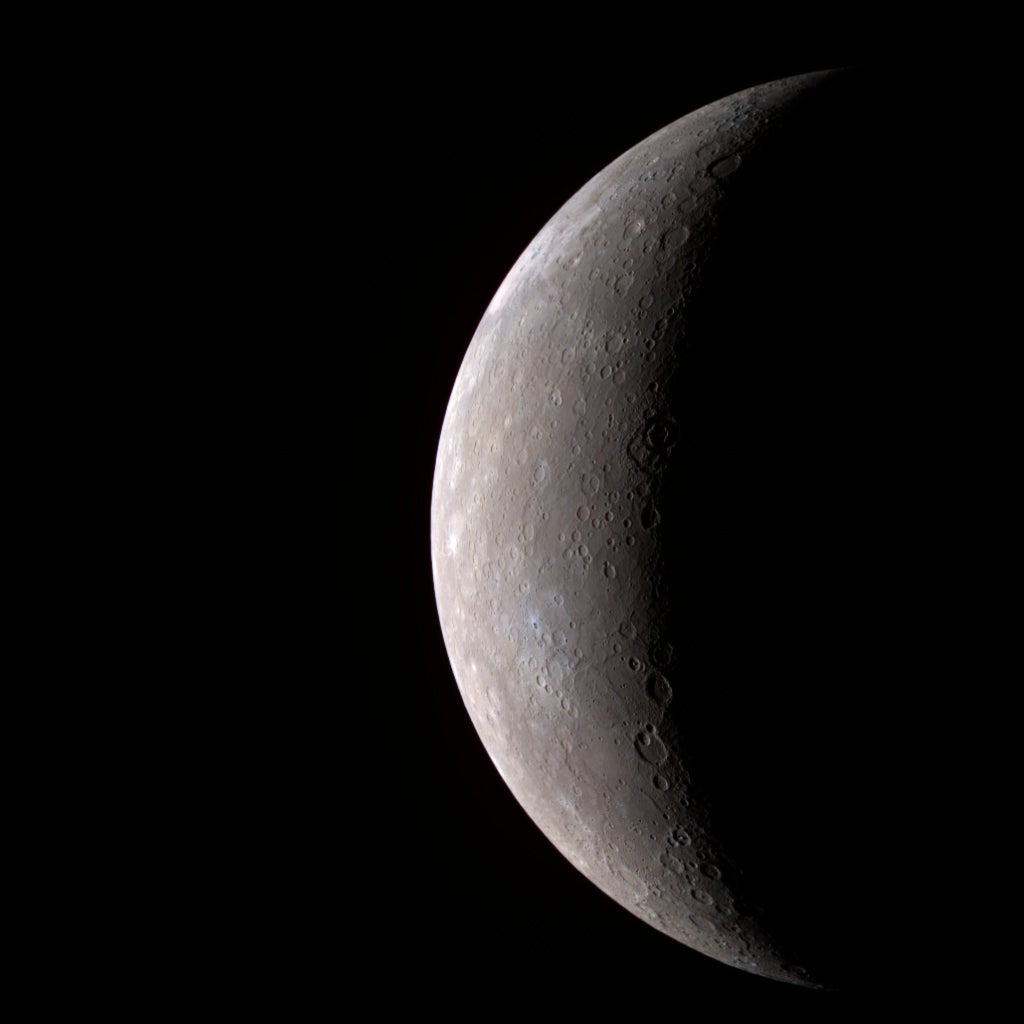 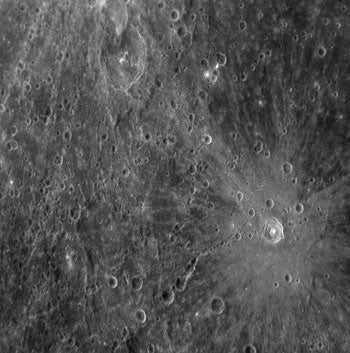 The 1,213 photos of Mercury taken by NASA’s Messenger probe, and released yesterday, back up some previously held ideas about the planet, while also raising new questions.

Scientists say the pictures reveal that the planet once had active volcanoes, and that Mercury is shrinking as it ages, leaving ridges reminiscent of wrinkles–strange features that may be a product of the planet’s shrinking, cooling core. Photos of a large crater with lines radiating outwards reveal features different from anything astronomers have seen before.

“Our little craft has returned a gold mine of exciting data,” says Sean Solomon, the mission’s principal investigator, of the Carnegie Institution of Washington. Messenger’s next flyby will come in October.