Painful sound waves could keep wetsuit-clad terrorists away from ships 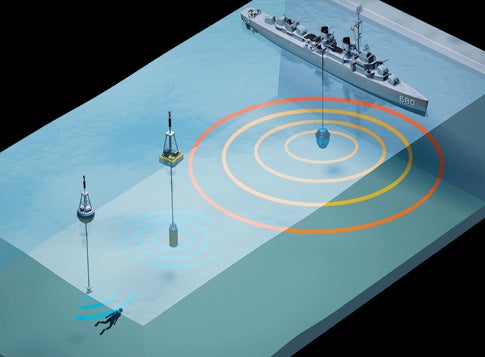 Since the bombing of the U.S.S. Cole in 2000, protecting docked ships-both military and commercial-has been a big priority in the fight against terrorism. The Department of Homeland Security has already awarded $489 million to help guard the nation´s ports, spurring a number of innovative ideas, the latest of which is an underwater system that blasts enemy swimmers with painful acoustic waves. Patented by the Raytheon Corporation last October, the system is the brainchild of former Navy and Raytheon acoustics expert Frederick Di Napoli. His scheme is simple: Generate a region of high-pressure, low-frequency sound around the ship, creating a sort of sonic fence that â€shocksâ€ anything that swims through it. Although a diver would probably flee from pain, Di Napoli says, “you could really dial up the pressure and make it lethal if you had to.”

Raytheon has no plans to pursue the idea but hasn´t ruled out the possibility of building a version of it in the future. Here, how the fence works.