The Next Space Thruster

Rockets burn for mere minutes. This engine runs for years, sending probes to Neptune at 10,000 miles an hour 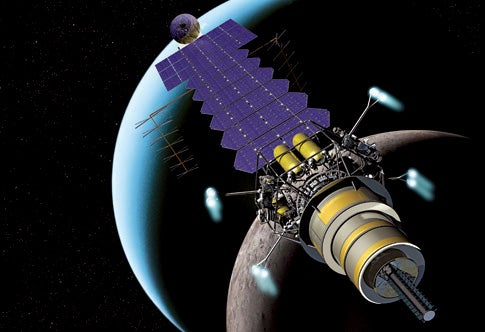 Xenon is an inert gas, seemingly useless for rocketry. Before it´s used as fuel, the engine must convert it into an electrically charged gas, also called a plasma. An electron emitter fires electrons at the xenon gas. When an electron hits a xenon atom, it strips off an additional electron from the atom´s shell to create a positively charged xenon ion.

The force of this high-speed plasma propels the spacecraft forward, like a kid on a skateboard shooting a fire extinguisher. Although at any moment the amount of thrust is small-equivalent to the weight of four quarters-the net effect of this thrust continuously applied for years at a time could accelerate a spacecraft to more than 32,000 miles an hour.