The Most Advanced Flight Deck

The world´s biggest airliner also has the smartest cockpit, with screens that show more and make it easier to fly 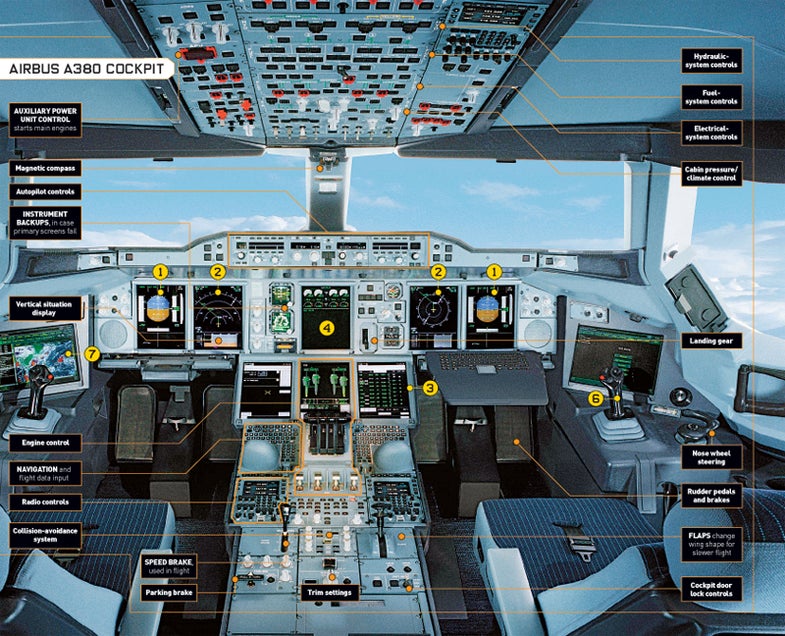 Follow along with the numbered diagram of the flight deck (click “Enlarge this image” to the left for a bigger view) to find out what’s new on the A380. 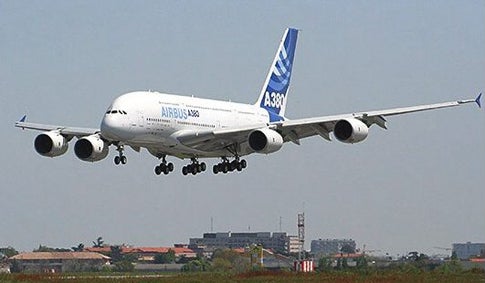 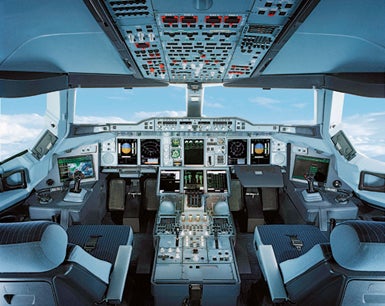 How the A380 Gets More Power With Less Noise:

The four massive 70,000-pound-thrust high-bypass turbofan jet engines driving the A380 will actually be quieter than the engines on many smaller planes. That´s because high-bypass engines employ carefully sculpted blades and wider fans (116 inches in the A380´s Rolls Royce model) to acceleratE more air past the engine core and out the rear, allowing the engines to operate more slowly and quietly without sacrificing thrust.

For more coverage of the A380, including a time-lapse video of the mammoth jet’s construction, check out this post on PopSci’s blog.