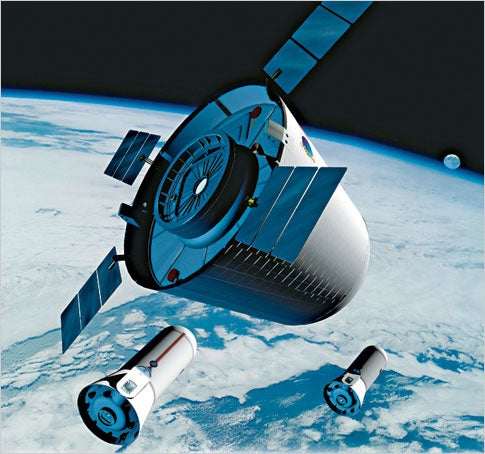 Transformational Space’s versatile manned rocket system features a cleverly designed capsule, a dramatic airborne launch, and Apollo-style reentry and splashdown. The young company has quickly become a leader in the commercial space race, and its craft is a potentially key backup during NASA’s efforts to replace the space shuttle. T/Space’s approach–getting incremental funding from NASA only after it demonstrates working hardware–has earned it rock-solid credibility in a world populated by vaporware.